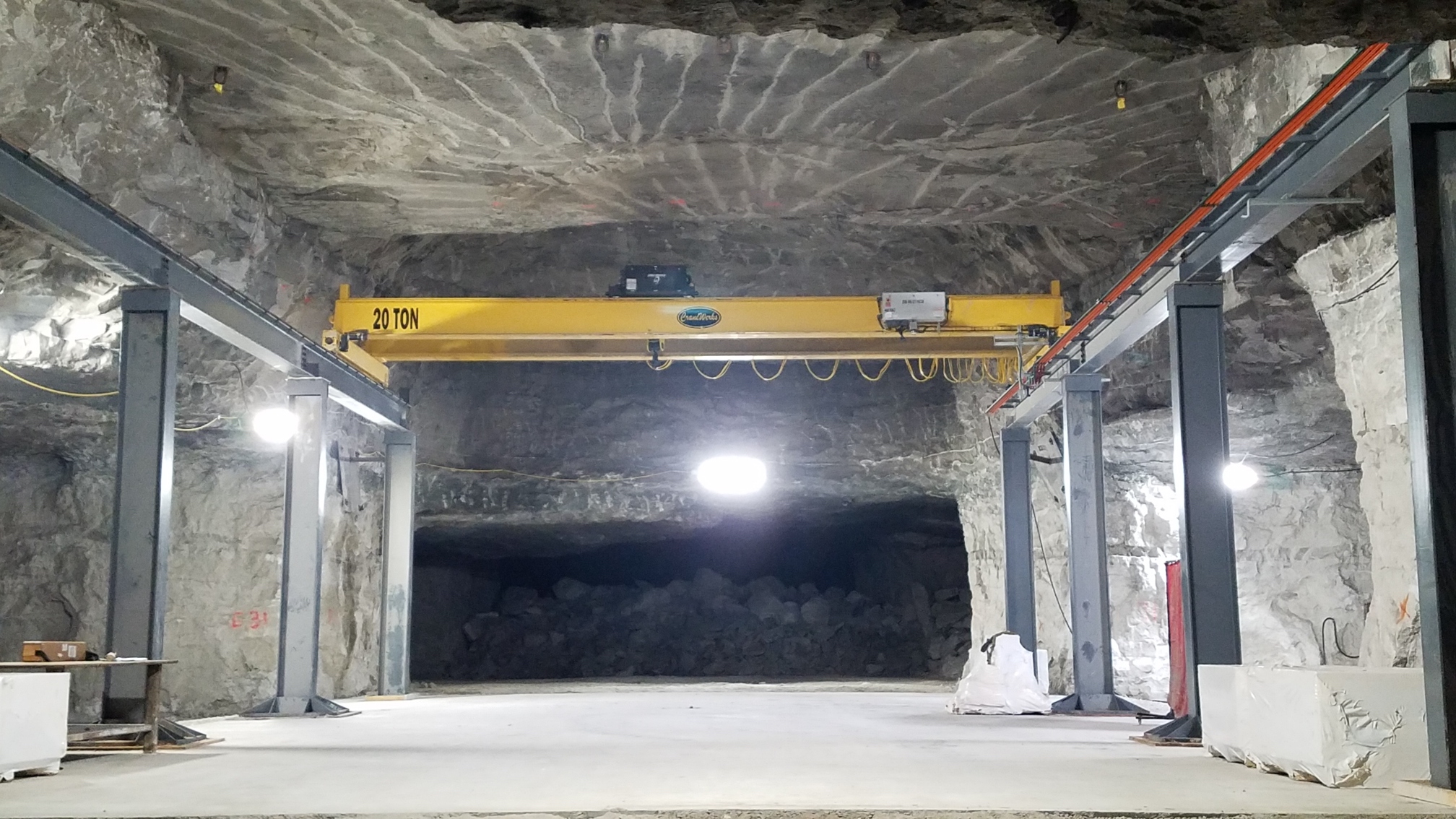 The height available was an important consideration because the hoist and trolley ride on top of the bridge girders.

A 20-ton capacity overhead crane and hoist from R&M Materials Handling Inc., sold by Harriman Material Handling (HMH), has been built and installed by CraneWerks 400 ft. beneath the surface at the U.S. Gypsum Company Shoals Mine in Indiana.

The top running double girder crane, principally chosen based on the short lead time offered by R&M and its Indiana-based distributor, CraneWerks, is being used to assemble and maintain equipment for the mine underground. It spans 35 ft. and travels on a 62 ft. long runway.

CraneWerks is a Master Distributor for R&M components, which builds cranes that are sold through distributors nationwide. They offer cranes that are pre-engineered, which makes building and shipping them fast.

Harriman Material Handling, a distributor for both R&M Materials Handling and CraneWerks, came to the team with a unique opportunity.

Challenges were encountered both on the surface and below ground. For instance, the shaft used to get equipment into the mine was much smaller than most of the machinery used below. A 35 ft. bridge beam was too long to go down the shaft in one piece. HMH and CraneWerks had to find a way to get the crane components and steel underground.

U.S. Gypsum said: “Being underground is its own challenge. Everything from pouring concrete to lifting the beams is difficult because you don’t have access to a lot of the equipment you would normally think of using. It’s constant problem-solving.”

CraneWerks designed a bridge that was built in two pieces so it could fit down the narrow mine shaft before it was welded together at the bottom. 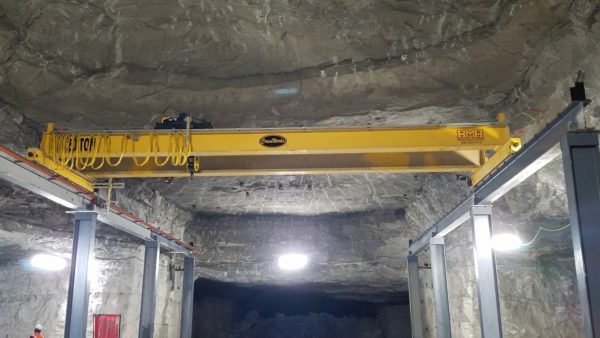 “We have trained around 10 people on how to use the crane. Four or five of them use it on a daily basis,” they added.

A top running crane was chosen because it offers the same hook height as a single girder crane, which would require a higher ceiling. The height available is important because the hoist and trolley ride on top of the bridge girders rather than being suspended beneath the bridge girder. This gives the best hook height of any overhead bridge crane option, giving users the maximum amount of lift (the distance that the hook can be raised above the floor below) available.

U.S. Gypsum said: “We needed a crane capable of moving large pieces around for assembly of equipment in the mine, and the results suggest we found a solution. We could have acquired a few telehandlers that had the necessary weight capacities, but the EOT (electric overhead traveling) crane was the preferred option.”

The crane has been installed at the south end of the mine. The plan is to relocate the site’s maintenance facility to this location in the future.