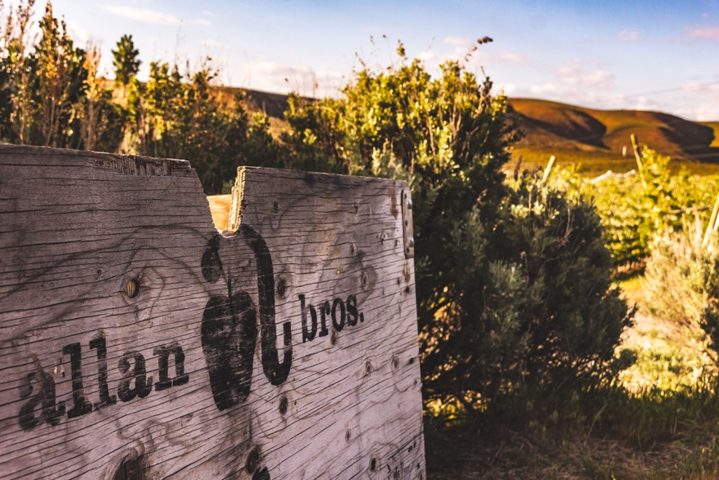 This is another example of a team effort that produced a great outcome for the customer. Papé Group / Pape Material Handling introduced Allan Brothers, Inc. to the lithium solution. Bill Dorsett and Tim Gosser brought the idea to life. Then once Onecharge was brought in, Pape’s Walter Tapia, Ron Scott, OneCharge’s Nate Hyatt, Brian Burciaga and Mark D’Amato made the installation happen. OneCharge Li-ion Batteries has helped Allan Brothers to save over half a million USD upgrading its lift trucks with Li-ion technology.

Not unlike its own fruit, Allan Brothers Inc. is growing healthily.

In 2018, as the vertically integrated fruit company prepared to install a new state-of-the-art fruit packing line – the biggest in the world – management realized that the costs associated with the lead acid battery-powered electric lift trucks in the operation’s fleet were adding up.

Time spent on changing the batteries during shifts was costing $56,000 a year and another $7,600 a year in watering maintenance costs.

The expansion required a new battery room which would cost another $440,000.

All of these costs were cut by switching from traditional lead acid to lithium batteries by OneCharge. By equipping its 30 lift trucks with OneCharge Li-ion Batteries, Allan Brothers was able to save on both the ongoing maintenance costs and the investment needed for expansion.

The business began over a century ago and a fourth generation of family members are involved in the business today. 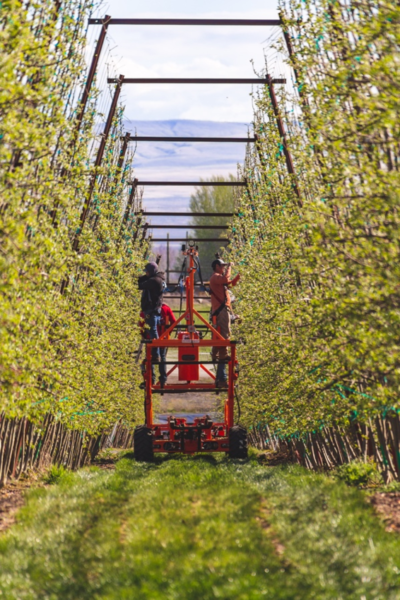 The genesis of the operation was when the Allan family started planting around Naches, Washington. 20 row crops were converted to cherry orchards and the fruit operation began, growing to eventually include around 3,500 tree fruit and wine grape acres.

Today, the business is led  by CEO Miles Kohl, who assumed the position in 2007. From the Allan family, Travis Allan oversees the fruit operation and Tom Allan works on the storage side of the business. There are four members of the Allan family on the company board.

The operation grows their own fruit, packages, and ships it along with third-party fruit to locations across the U.S., Canada, Mexico and other countries.

Kohl said the fruit business has focused on moving away from commodity varieties and into apples like Honeycrisp, Jazz, Envy and Pink Lady. Allan Brothers purchased Sagemoor Vineyards in 2014 and now has about 110 winery customers, according to Kohl.

The business has 600 full time employees, and 2,500 workers during peak harvest season. Its packing operation is situated on 30 acres in Naches, and the company recently completed a 300,000-square-foot building expansion.

In 2018, the company had installed a new apple packing line.

The line, featuring cutting edge technology, is the largest in the world.

At the same time as this expansion, the business was deciding on the next lease term for its lift trucks.

But the company’s growth meant an unexpected demand for new battery space to accommodate a fleet of lift trucks powered by lead acid batteries, a cost expected to amount to $440,000.

Now with 30 trucks covering two shifts and each truck requiring a change of battery per shift, company management figured maintenance was racking up 750 minutes of down time daily. This was costing the business up to $56,000 yearly.

And the weekly preventive maintenance the batteries required in the form of watering was estimated to cost another $7,800 a year.

Management closely looked into the available options and zeroed in on the efficiency and quality that Li-ion batteries could provide.

Compared to the costs associated with lead acid batteries, the company’s leaders realized how much could be gained by opting for lithium-ion batteries for its lift trucks. Li-ion would provide savings not only by sparing the expense of adding to the physical space for battery room, but in the time and money spent on battery maintenance and in the improved lift truck efficiency from better battery performance.

Added to this was the benefit of lower costs from employees not working with hazardous lead acid batteries, and safer conditions for both the workers and the company’s food product lines.

The benefits of using lithium-ion were apparent soon after the Allan Brothers’ fleet of electric lift trucks were equipped with Li-ion batteries.

Batteries plugged in overnight were completely charged by the start of a new shift at 3 a.m. Quick hit opportunity charging was used during 15-minute breaks and 30-minute lunch breaks to increase efficiency and function of the batteries.

The costs of downtime during battery charging were eliminated.

Also gone were the dangers associated with battery maintenance that had previously been a concern.

There had not been any major accidents at Allan Brothers involving personnel changing the batteries, but the potential risks the procedure presented caused frequent concern. Lead acid batteries present risks surrounding spills and possible toxic fumes from the equipment require additional ventilation. 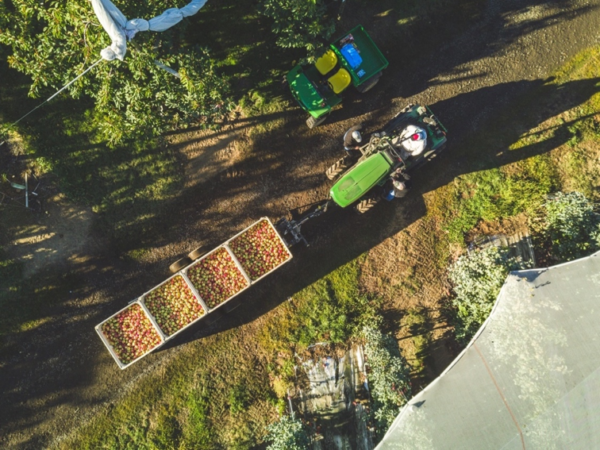 The crane used for battery changing at Allan Brothers was used by all truck drivers resulting in wear and tear and possible liabilities.

The reduced health risks in an operation using lithium ion meant lower insurance rates for all 30 truck operators, totaling $6,000 in savings per year.

And doing away with this concern ensured better conditions for the food products in the handling process by eliminating hazardous materials in the food packing facility, including the possibility of fumes or acid spills from the previous batteries.

Allan Brothers’ management also appreciated the power of Li-ion, as the batteries continued to operate at close to 100 percent of the original capacity throughout shifts. The company’s lead acid batteries, by comparison, had gradually decreased in power, slowing down by at least 20 percent over time and dragging down truck performance at the same time.

Along with the increased power capacity immediately realized, Allan Brothers expect longer life of their batteries, as lithium ion batteries can run for over 3,000 cycles, compared to an average of 1,500 for lead acid.

Management sees potential for savings in the future as there is a good chance with the additional cycles expected that the company’s OneCharge Li-ion batteries will outlast the current five-year lease term for its trucks.

Allan Brothers’ management is eyeing the advantageous possibilities of prolonging leases with existing trucks or leasing new trucks without having to purchase new batteries.

And when new leases are signed, the company anticipates reduced prices as damage to the trucks from daily battery changes and corrosive acid spills are no longer a factor.

Allan Brothers found a solution to the mounting expenses associated with lead acid battery powered electric lift trucks through the use of OneCharge Lithium Ion Batteries.

OneCharge general estimates are that operations will save between 20 and 40 percent on battery costs within two years of investing in Li-ion. OneCharge invites others in the material handling industry to consider how their operations stands to benefit, as Allan Brothers has.

This is what Allan Brothers  has saved:

– $440,000 investment needed in battery room for storage in an expanded facility.

OneCharge’s Lithium Ion Batteries offered a solution to a company in need, providing immediate savings needed for a business expansion, avoiding ongoing expenses, and setting up the business to continue economizing in the future.

With 550 model parts to create batteries for any lift truck, OneCharge can provide similar solutions for material handling operations anywhere in the world.

Learn how you can take advantage of the Li-ion batteries from OneCharge experts. Register for Free Online Seminars and improve your truck fleet performance while saving on energy and labor!