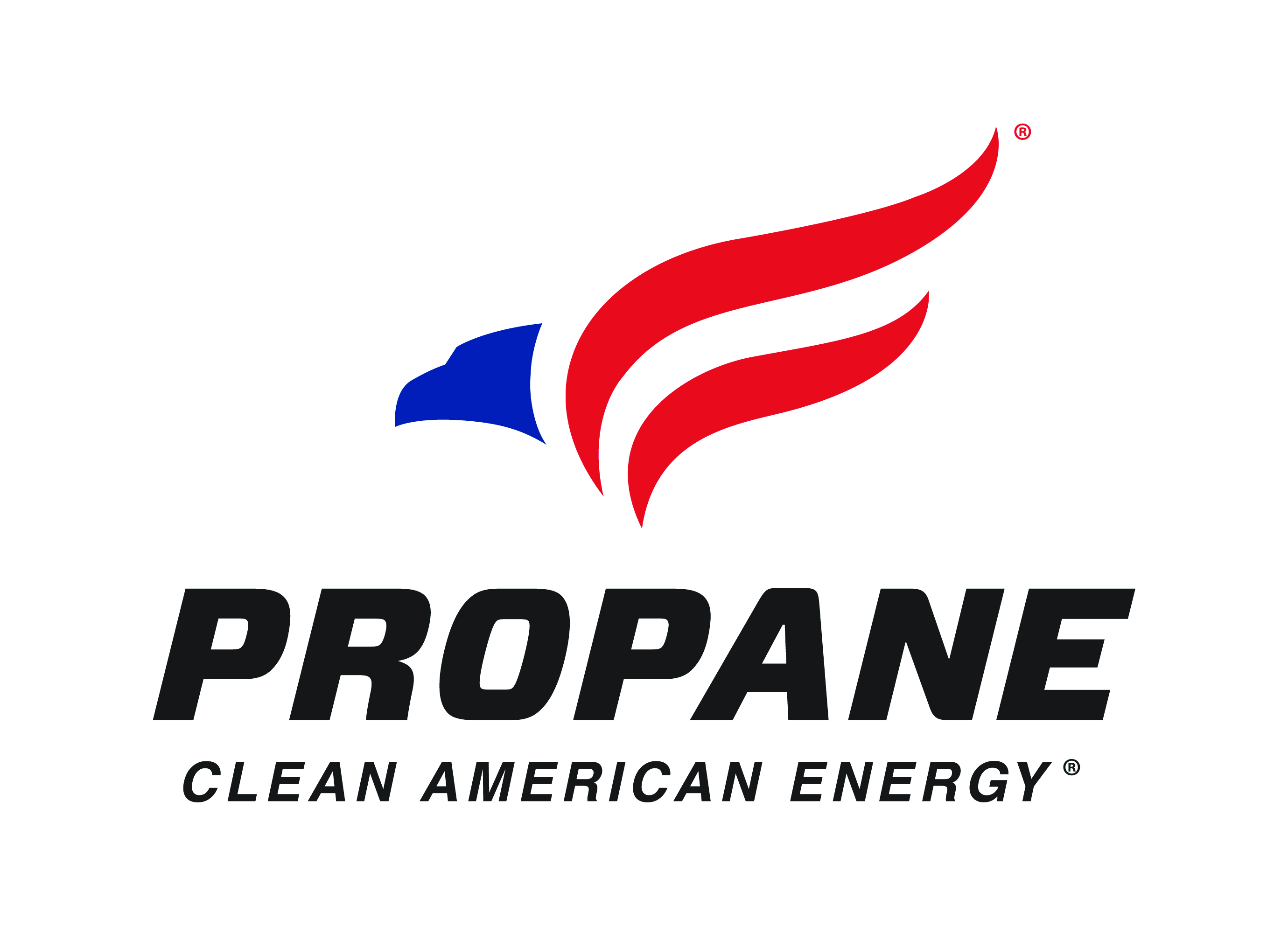 Keeping pace in today’s retail world is no small undertaking. A company’s reputation and customer satisfaction depend on its ability to move and ship materials at a rapid pace. Fat Brain Toys, a family-owned and operated business in Omaha, Nebraska, can attest to the challenge.

Fat Brain Toys takes pride in designing and curating world-class toys and games, and in having the largest selection of American-made toys found anywhere. It stocks nearly 7,500 games, toys, and gifts — including the classics like LEGO Bricks, Lincoln Logs, puzzles, and heirloom toys — in its two Nebraska-based warehouses, which equal approximately 140,000 square feet in total. The company began as a small, in-home business in 2002 but has since grown substantially, now operating an online store, two warehouses, and two retail stores — located in Omaha and Kansas City, Kansas. To maintain a high level of productivity and move products at an efficient pace, the company relies on propane-powered material handling equipment.

As Amazon, Walmart, Target, and other large retailers continue to reduce shipment and delivery timelines, customers are pushing even the independently-owned online retailers to keep pace. According to PwC’s 2018 Global Consumer Insights Survey, 88 percent of consumers worldwide are willing to pay more for same-day delivery. The survey also revealed that, when asked what factors, other than price, sway customers to buy from a particular retailer, nearly a quarter of respondents named fast, reliable delivery. Fat Brain Toys takes the growing demand for speedy delivery to heart, and therefore guarantees same-day shipping for customers who purchase three items or more. Most in-stock orders are shipped within 24 hours — if not faster. A fourth-quarter dominant company, Fat Brain Toys earns half of its annual revenue in six weeks of the year. The company ships approximately 500 packages on a normal day, but during the busy season, it can ship up to 12,000 packages per day. To keep up with this aggressive shipping strategy — during busy seasonal sales and year-round — the company needs a good, consistent level of production. More importantly, the company needs reliable, efficient material handling equipment in order to ship products as quickly as possible and meet its distribution demands. propane is the only forklift fuel that can meet the company’s stringent demands. 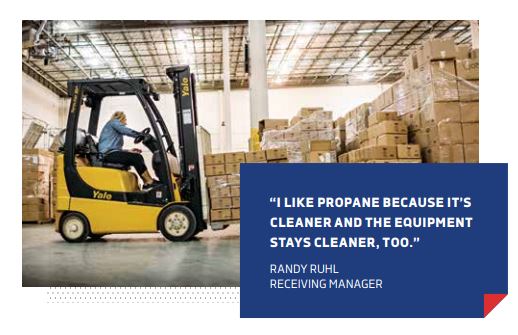 Propane’s uninterrupted operational capacity, clean reputation, reliability, and ease of use, maintenance, and refueling are all reasons Fat Brain Toys trusts propane to get the job done. “We’ve honestly never considered another forklift fuel and do not think battery-powered forklifts would meet our needs as well,” said Bernie Lorkovic, distribution center manager at Fat Brain Toys. “We like propane and chose it because of its ease and simplicity.” The company relies on two propane forklifts — one at each warehouse location— to unload trailers and move products throughout the warehouses. Propane offers superior performance benefits compared with other fuels. For starters, propane provides employees with 100 percent power throughout operation and propane forklifts don’t lose power throughout the workday, unlike electric forklifts.

According to data from the Propane Education & Research Council, propane forklifts push heavy loads at full capacity more consistently than their electric counterparts, too. Propane forklifts also maintain more consistent travel speeds and acceleration throughout a shift compared to battery-powered forklifts — allowing employees to be more productive in a warehouse where time is money. And because a fast, easy cylinder change gets them back into business quickly, propane forklifts offer minimal downtime, too, which is mission critical during fourth quarter, busy-season workdays. By operating on propane, the company skips the mess of forklift batteries and avoids the hassle of dealing with downtime for charging batteries or battery mismanagement. “We have always felt that it’s much easier to switch out a tank than charge a battery,” Lorkovic said. “With propane, we can switch out a cylinder in a couple of minutes, without having to worry about handling or maintaining messy, leaky batteries.” With such a large influx of seasonal employees, simplicity is critical. The company has found that propane forklifts are easy to train employees to operate at a high level quickly.

Since 2002, Fat Brain Toys has gone from a basement-start up to a significant player in the international educational and specialty toy industry, with annual sales exceeding $40 million worldwide, and the company’s propane forklifts have played an instrumental role in that growth. Fat Brain Toys’ propane-powered forklifts enable the company to consistently keep up with its aggressive shipping needs year-round and overdeliver for customers with every opportunity, which is a key component in the company’s mission statement. Research has shown that consistent execution of expedited delivery can have a significant impact on customer experience and brand loyalty. By enabling the company to consistently maintain its shipping and distribution demands, Fat Brain Toys’ propane-powered equipment also helps the company to keep pace in today’s market, compete with other large retail companies, and continue to grow.