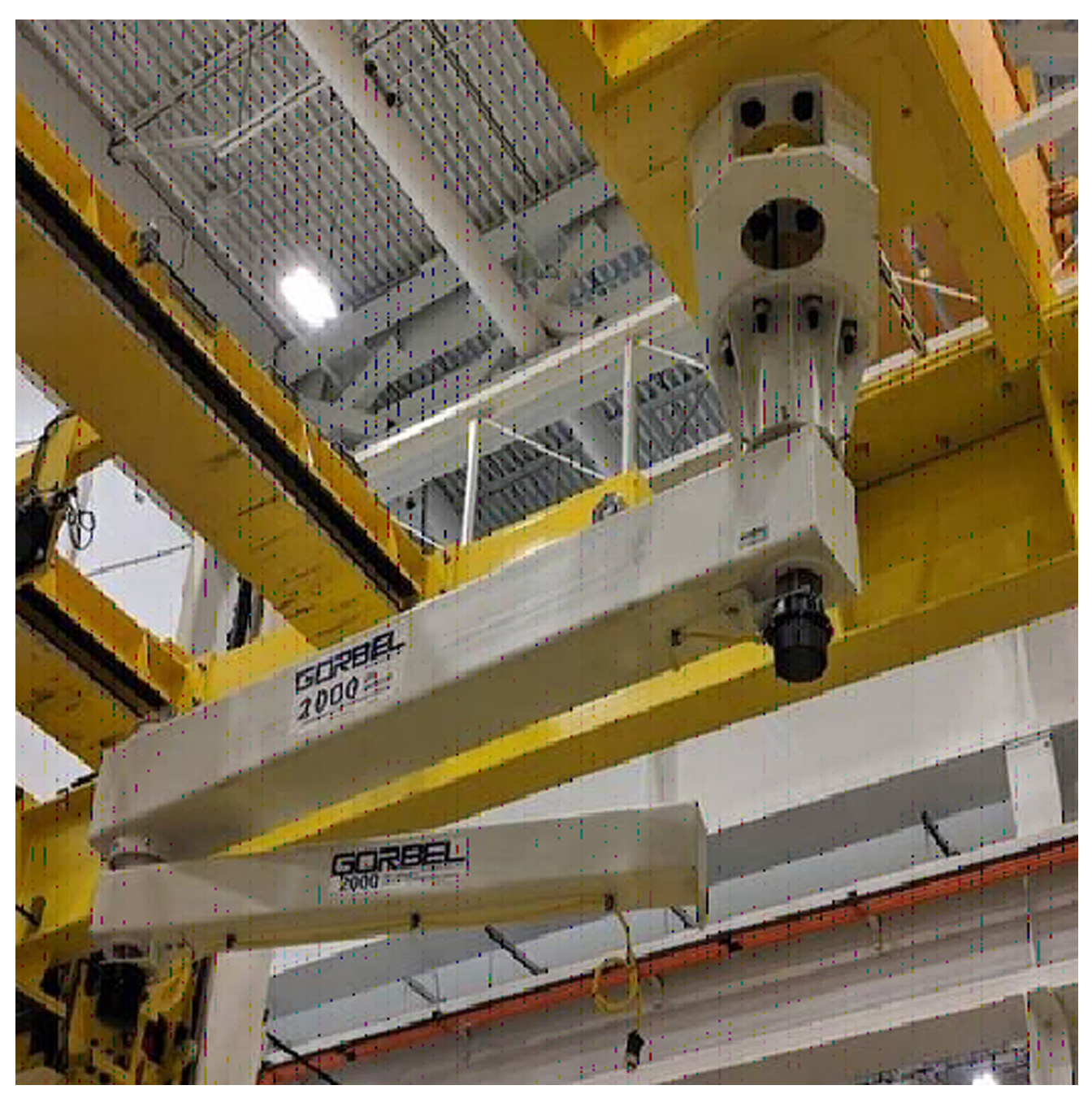 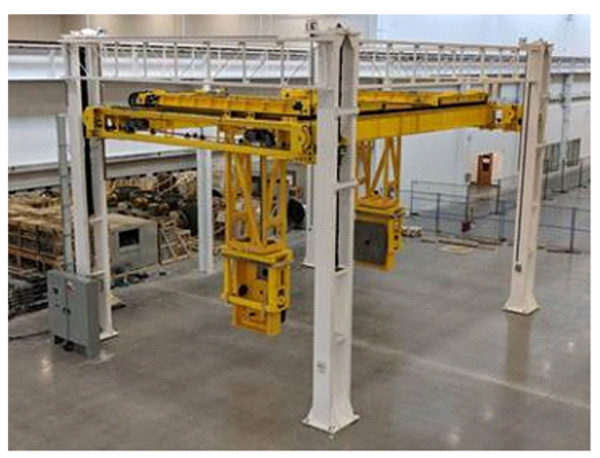 The assembly process begins by having an engine block brought to one of the rollover stations by one of Handling Specialty’s Automated Guided Vehicle’s.  Once in station, the engine block is picked up from the AGV and then raised & rolled to the correct orientation to mount various components such as the oil pan, cylinders, etc.  The 15T and 30T engine lift/rollovers are equipped with Gorbel articulating jibs.  These jibs are used during the assembly process at both stations.  The two identical ceiling mounted 1500 lb capacity Articulating Jibs were custom painted and engineered with custom modifications to fit the specific needs of the GE/INNIO project. 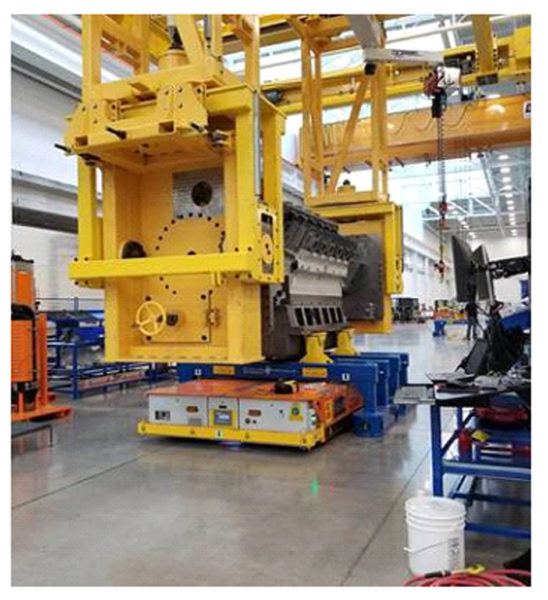 Articulating Jibs allow workers to perform activities outside the normal coverage area of the engine lift/rollover equipment while also being able to rotate in close to the engine for precise load positioning. Mounting the Articulating Jibs overhead and nesting them inside the equipment allowed other operations to continue nearby without disruption to the machine, the engine rollover process, or to the floor of the workspace. The Gorbel Articulating Jibs also allows for 360° rotation at each pivot point, maximizing operator coverage.

A project with the scope of the GE/INNIO brilliant factory requires experienced technical sales, design/engineering, manufacturing, and support services to build and maintain such an advanced operation. Handling Specialty partnered with Gorbel to further ensure all aspects of the operation were met with professionalism and exceptional support.