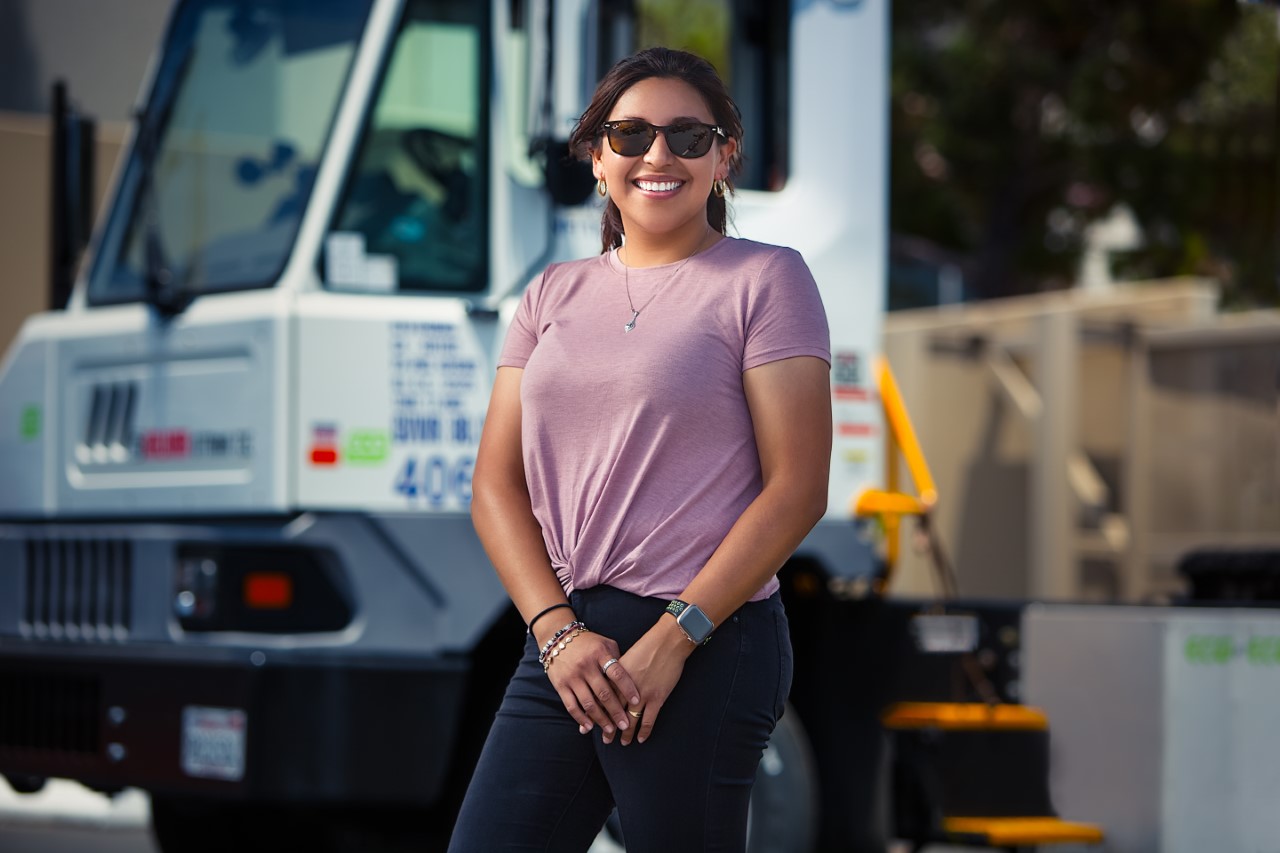 The Women In Trucking Association (WIT) has announced Jazmin Vasquez as its October 2021 Member of the Month. She is a professional driver for NFI Industries at their Chino facility in California.

Jazmin’s father and brother are both truck drivers, and Jazmin figured if they could do it, so could she. Jazmin began her professional driving career in 2019, hauling freight over-the-road and while she enjoyed the opportunity to see the country, Jazmin decided to take a yard tractor driving position with NFI two years ago, in part to stay closer to home and her family in southern California.

Jazmin is one of few drivers (and even fewer female drivers) in the country who operate an electric heavy-duty truck – in this case, a Kalmar Ottawa electric terminal tractor. Jazmin appreciates the reduction in noise and fumes compared to the diesel truck she used to drive, but most of all, Jazmin is proud of the fact that she is contributing to healthier air quality and a liveable climate future for her nephew and generations to come.

Jazmin’s shift is quite rigorous, making dozens of drops and hooks on NFI’s campus each day. She’s been impressed with the electric terminal tractor’s ability to meet the demands of this grueling duty cycle, and she is no stranger to strenuous demands herself, frequently lifting the hefty charging cables on-site in order to plug in the vehicle. Jazmin is looking forward to the next generation of fast chargers, which will be lighter and more nimble.

Jazmin recently participated in Run on Less – Electric, an electric truck technology demonstration event in September and is featured in the NFI profile video here.

As for being a woman in a male-dominated industry, Jazmin shared that it’s been a great experience so far and encouraged other women to consider a career in the trucking industry, “If you want to drive, don’t let anyone tell you, you can’t.”