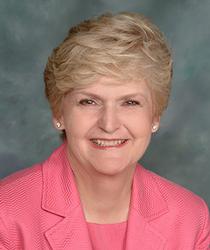 Women In Trucking announces its 2018 November Member of the Month

Women in Trucking (WIT) has announced Lana Richards Batts as its 2018 Member of the Month. Lana is the Co-President of Driver IQ and has been involved in the trucking industry for over 40 years.

Lana is a nationally recognized expert in the trucking industry. She started her career as the highest paid woman, but the lowest paid professional at the American Trucking Associations in 1973 as a transportation analyst. She rose to become the second highest person at ATA as the Sr. Vice President of Government Affairs. She then went on to become the President of the Truckload Carriers Associations. When she grew bored and frustrated with government affairs and Washington, she reinvested herself, turned her rolodex around, and started a mergers and acquisition firm that specialized in the trucking industry. In 2011, she teamed up with Billie Lee to start a background screening business that also specializes in trucking. Currently, Driver iQ has 23 of the top 25 truckload carriers as customers, which is “a testament to Lana and Billie’s knowledge of the industry; knowledge of the background screening business; their contacts; and their tenacity, resilience, and hard work,” said Ellen Voie, WIT’s President and CEO.

Lana is a highly sought-after speaker in the trucking industry and regularly quoted in the trade press with references being as the “Grand Dame of Trucking,” “Queen of the Road,” and “One of Trucking’s Best Known and Most Articulate Advocates.” “You never want to follow Lana to the podium – her speeches are full of facts, stories, and self-deprecating humor,” said Voie.

Part of Lana’s legacy will be her early advocacy for the Commercial Driver’s License, the Professional Truck Driver Institute, and Women in Trucking.

Lana likes to quip that diesel runs in her blood. Her father owned a livestock trucking company in Montana and she proudly calls herself a “bull shipper’s daughter.” But she also notes sadly, that she never would have considered running her Dad’s company. Women were only seen in back office functions.