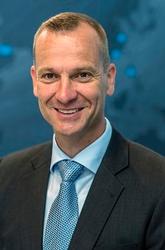 Stephan Heessels, 49, is the new BEUMER Group global director for logistic systems, based out of the BEUMER headquarters in Beckum, Germany. In this role, he controls and coordinates the international center of competence for this division. Originally from the Netherlands, he is responsible for worldwide sales of the broad product portfolio and the strategic development of the international CEP (Courier-Express-Parcel), mail-order business and retail distribution markets.

For BEUMER Group, Stephan Heessels is a great asset and team player with years of experience in this field. From 1999 to 2001 he worked as a project manager for Crisplant a/s, the Danish world market leader for sortation and distribution technology that has been a part of BEUMER Group since 2009. Stephan Heessels was responsible among other things for airport projects in Madrid and Paris and the Spanish fashion chain Zara. He then gained experience as an Engineering Manager, as well as Managing Director for a market-leading supplier of integrated material handling systems for airport luggage, warehouse and production equipment and as General Manager for a dominant Danish refrigeration and heat technology company. Since 2013, Heessels has held a leadership position at BEUMER Group in the logistic systems division. He completed his studies in the Netherlands, and received degrees in mechanical engineering in Hertogenbosch and in business administration in Utrecht.