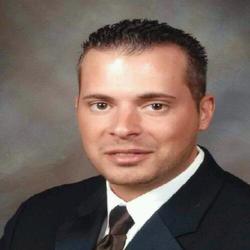 To support continued growth that has been driven by increased customer demand Associated has created a new position, Corporate Director of Finance.  This new role has been established to maximize opportunities that will develop and enhance our Finance and Accounting team and capabilities.

Associated is pleased to announce that effective immediately, Joe Vittori has been selected for this position.

Joe has been a member of the Associated team since November 2005.  He started his tenure as a Staff Accountant and was promoted to Accounting Supervisor in March 2008, Assistant Controller in February 2009 and in January 2012, to his most recent role as Corporate Controller.

Joe graduated from University of Illinois with a degree in Finance and subsequently earned his MBA with a concentration in Financial Analysis at Saint Xavier University in 2010. Joe is also a CPA.

When asked about this appointment Mike Romano, President/CEO of Associated said, “Joe is a respected financial professional and business person who has made significant contributions in every role he has had at Associated. I am confident that these contributions will continue and grow in Joe’s new role”.