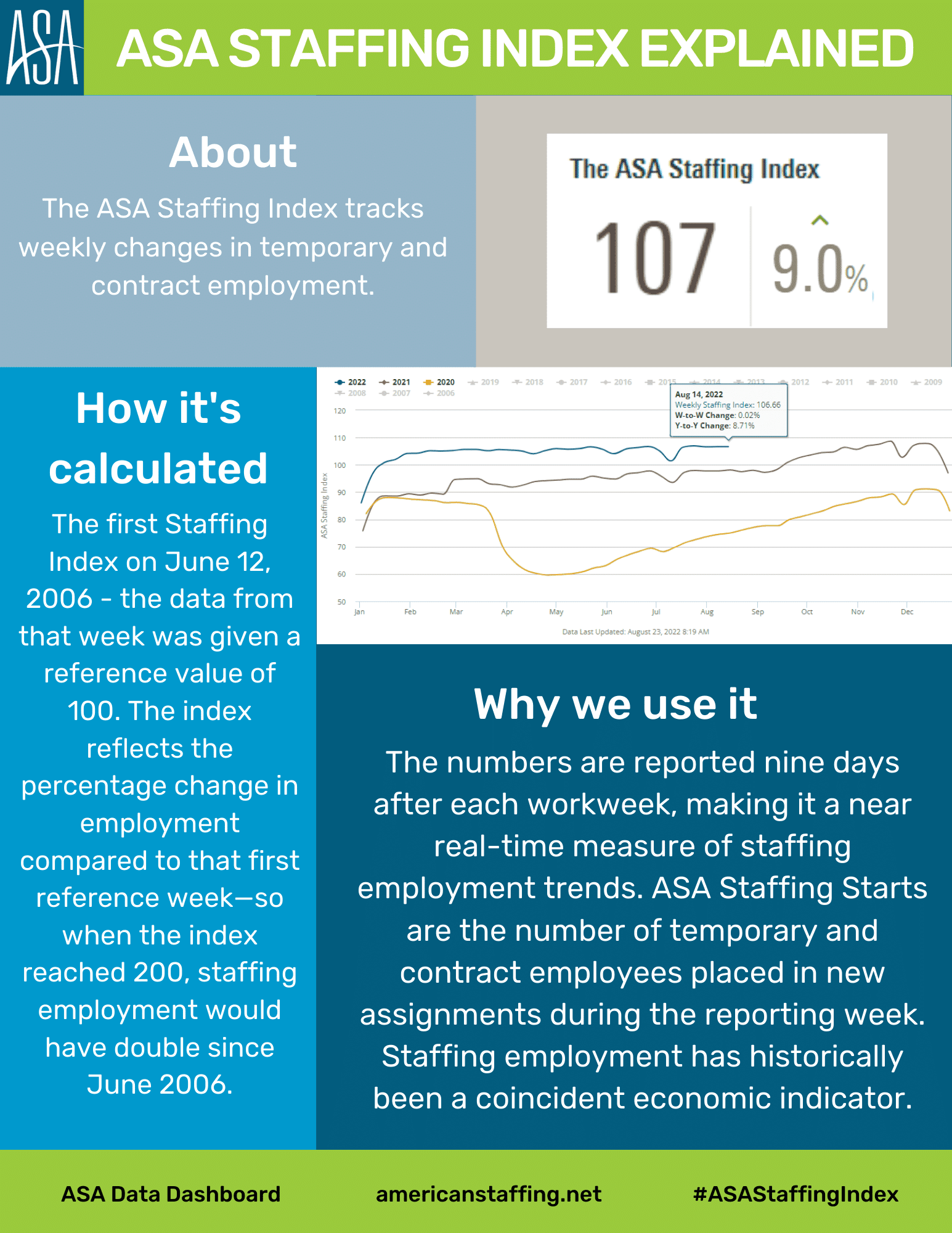 Staffing employment was essentially unchanged in the week of Aug. 8–14, rising just 0.02% to hold at a rounded value of 107—a record for the month of August. Staffing companies cited a variety of factors including COVID-19, seasonal business fluctuations, and lack of candidates as barriers preventing further growth. Staffing jobs were up 8.7% from the same week last year.

New starts also held steady in the 32nd week of the year, edging up 0.7% from the prior week. Four in 10 staffing companies reported gains in new assignments week-to-week.

The ASA Staffing Index four-week moving average inched up slightly from the prior week to hold at a rounded value of 107, as temporary and contract staffing employment for the four weeks ending Aug. 14 was 9.0% higher than the same period in 2021. 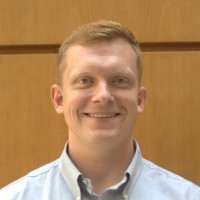 This week, containing the 12th day of the month will be used in the August monthly employment situation report scheduled to be issued by the U.S. Bureau of Labor Statistics on Sept. 2.