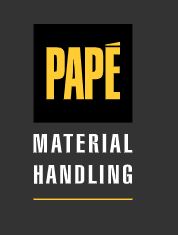 Pape’ Material Handling, Inc., a nationwide company that sells, rents, and services forklift products, will pay $650,000 to settle a harassment lawsuit filed by the U.S. Equal Employment Opportunity Commission (EEOC), the federal agency announced today. This settlement was approved by the U.S. District Court for the Eastern District of California.

The EEOC’s lawsuit charged Pape Material Handling with allowing employees at its Fresno, Calif., facility to engage in ongoing harassment of Hispanic employees. Such harassment included mocking employees’ accents and using derogatory slurs. The EEOC claimed that the company failed to address employee complaints, leaving employees to quit as their only recourse to avoid the misbehavior.

In addition to the monetary relief, Pape Material Handling will obtain an EEO consultant; conduct internal audits; review and revise its anti-harassment policies; create complaint procedures; develop a centralized tracking system for harassment and discrimination complaints; implement training for its human resources and hiring personnel; and submit annual reports to the EEOC verifying compliance with this decree. The court will maintain jurisdiction of the case for the decree’s three-year term.

“Employers have a responsibility to create a respectful work environment for all of their employees,” said Anna Park, regional attorney for EEOC’s Los Angeles District, whose jurisdiction includes California’s Central Valley. “The measures taken by Pape Material Handling should prevent further discrimination and harassment in that workplace.”

Melissa Barrios, director for the EEOC’s Fresno Local Office, added, “People should not have to give up their livelihood because they are harassed at work. We encourage employers to ensure that their policies as well as their practices address and remedy complaints of harassment in a timely fashion.”

According to the company’s website, www.papemh.com, the company operates 92 full-service dealerships in 62 cities throughout the Western United States, providing services to agriculture, construction, forestry, trucking and material handling industries.

Preventing harassment through systemic investigations and litigation is one of six national priorities identified by EEOC’s Strategic Enforcement Plan (SEP).