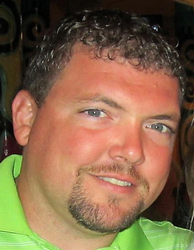 “With Jeff’s extensive experience in parts management, he will be a great fit for the Shoppa’s team,” says Jim Shoppa, President, Shoppa’s Material Handling. “We are looking forward to welcoming him and his family to Texas.”

After retiring from the U.S. Marines Corps in 2003, Moncrief attended Indiana University and was awarded a Bachelor of General Studies degree in 2007. He then received a Master’s of Business Administration degree in 2009 from Ashford University in Iowa. He comes to Shoppa’s from 19th Capital Group in Indianapolis where he was Corporate Operations Manager – Parts and Inventory.

Moncrief says Shoppa’s is a good fit for him because his management style is in sync with Toyota’s “kaizen” employee engagement. Learning, focusing on process improvement and finding ways to increase revenue are his plans for his immediate future at Shoppa’s. After working for Toyota Material Handling U.S.A. in Columbus, he says he knew that Shoppa’s was a part of a proven winning team in Toyota.

With 13 years working in parts at all levels, Moncrief says he has performed every role
he will be supervising. “I’m always looking for ways to challenge myself and grow the company,” he said. “This is completely in my wheelhouse. I’m excited for the opportunity and ready to get rolling.”

Moncrief and his wife have three sons and enjoy sports, music and spending time
together.