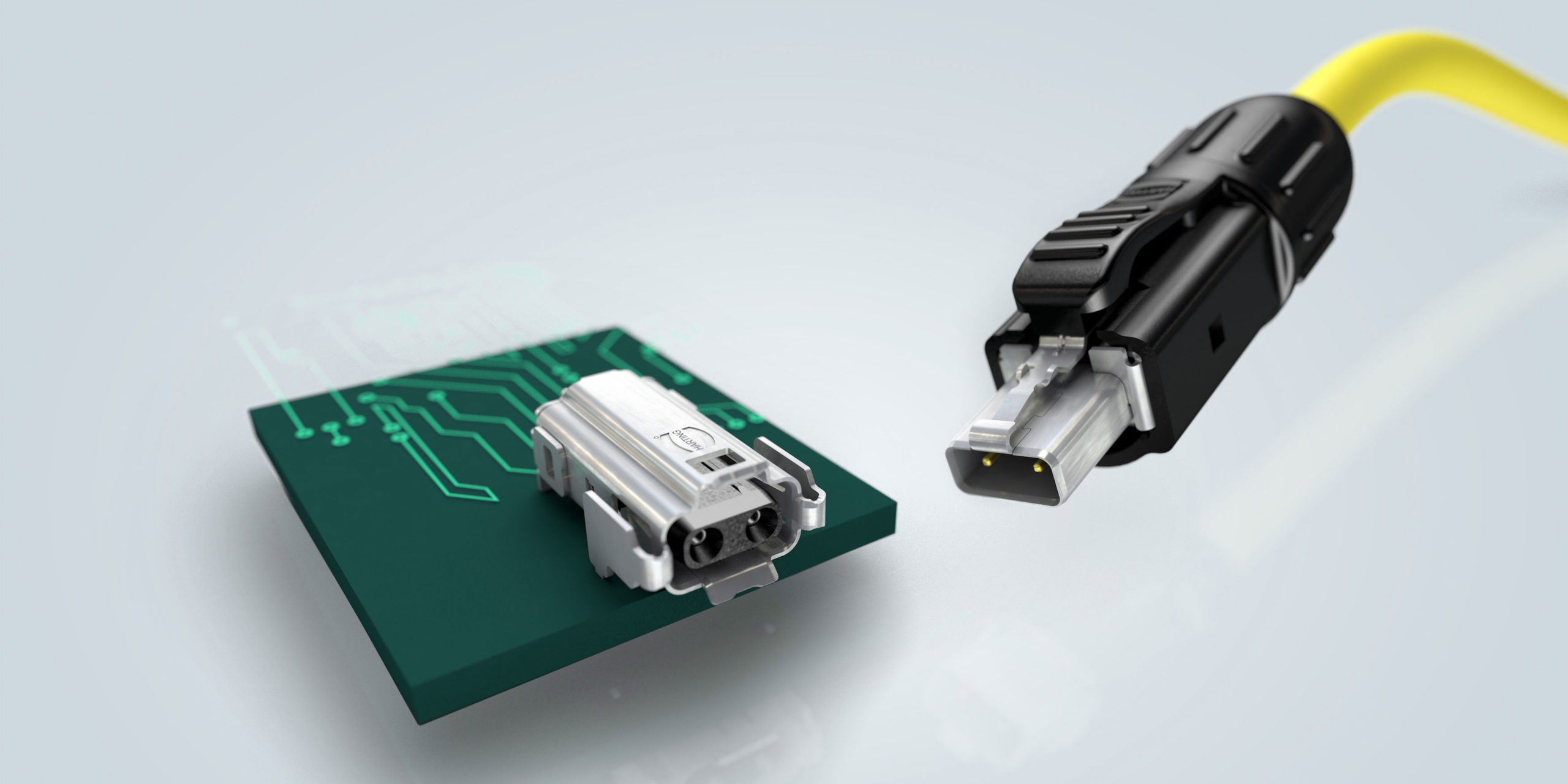 HARTING Americas announced their North American launch of their Single Pair Ethernet technologies.  The company has been driving the creation of a Single Pair Ethernet standard for the Industrial marketplace since 2015 along with other industrial companies and global standards bodies, such as IEC and IEEE.

Single Pair Ethernet communicates across the common industrial Ethernet protocols available today (Ethernet/IP, Profinet, EtherCAT, etc.) but instead of using 4 or 8 total wires, it accomplishes communication across just two wires, a single twisted pair. Also, it is utilizing Power over Data Line (PoDL) technology to not only bring communication to the device but also the voltage and amperage needed to power the device itself. This is hugely beneficial for three reasons.

First, space and number of connections are reduced on the device. Second, the need for an external power supply is eliminated.  Finally, devices on the plant floor that have traditionally communicated over Fieldbus protocols can now join the same IP-based network that the rest of the devices on the network are using. This enables peer-to-peer communication, open-loop feedback of all devices, and smart functionality all the way from the main control room down to the individual device.

HARTING will contribute several components to the SPE Ecosystem, with the core product being the T1 connector system. The T1 was selected as the standard mating face for Industrial Single Pair Ethernet.

The product ranges from IP20 to IP67, and currently, there are metric variants (M8 and M12), with further variants on the product roadmap. To fit all applications and truly be the standard for industrial applications, the mating interface was designed to be the same and interoperable across all IP-ratings. The T1 connector series is scheduled to be released later this year.