Products » Compactor reduces waste and services up to eight dumpsters 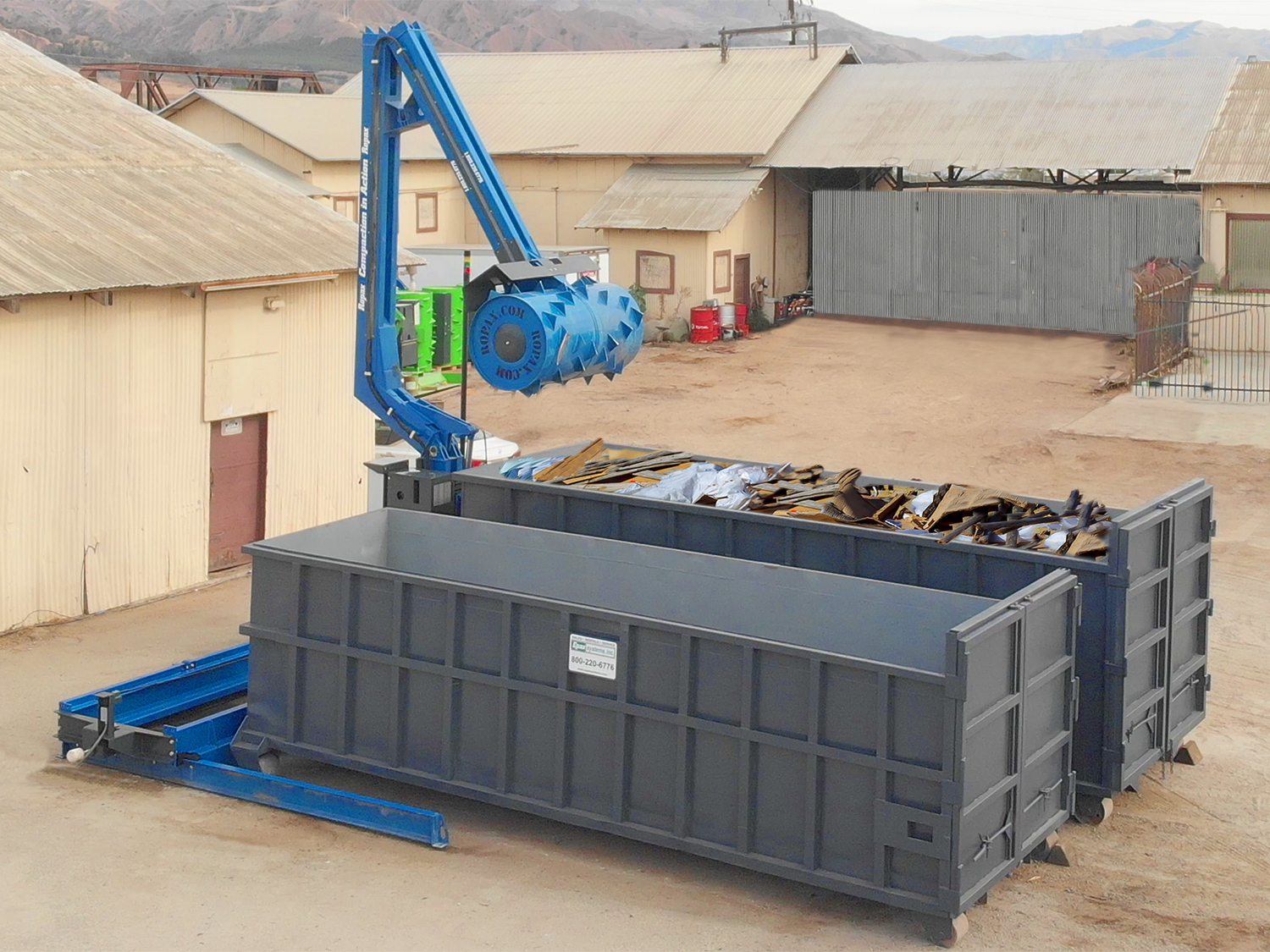 Compactor reduces waste and services up to eight dumpsters

ROPAX Traversing Compactors from Epax Systems significantly reduce the level of waste in open-top containers. These rolling compactors employ a traversing system which allows them to be configured to service from two to eight side-by-side containers.

Waste is compacted by a two-ton rolling drum with sharp metal teeth attached to an articulating boom which moves it from one end of the container to the other and back again crushing and compacting items along the way. A demonstration of operation can be viewed at www.epaxsystems.com/media.php.

The compaction module – drum, articulating boom, and control panel – is mounted on rails and is moved from one container location to the next via a powered gear and chain system. When the compaction module is in position at the desired container, it is locked in place by a steel pin to prevent any lateral movement which could damage the compactor or waste container.

Prior to compaction, most containers have large voids and air pockets resulting in container utilization of only about 20% of actual capacity.  The high compaction rate of ROPAX Rolling Compactors allows for significant improvement in container utilization – up to 80%.  This dramatic improvement means containers need to be replaced or emptied less frequently resulting in less downtime, improved worker productivity, and reduced waste hauling and disposal charges.