Products » All in one: New Lift and Turn Compression Latch 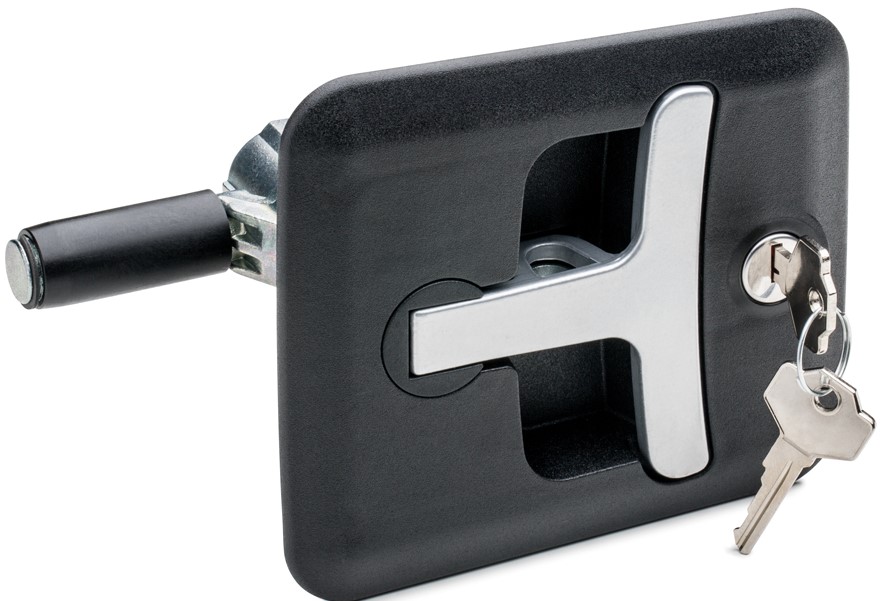 All in one: New Lift and Turn Compression Latch

In the latches product segment, JW Winco already offers a wide range of components that can often be combined with clever operating elements. With the Lift and Turn Compression Latch EN 5630, a new part has joined the lineup that combines many practical functions into one.

The standard parts specialist JW Winco introduces the new Lift and Turn Compression Latch for holding doors, covers and hatches closed. It is operated in two steps with an ergonomic, powder-coated T-handle in black or gray. 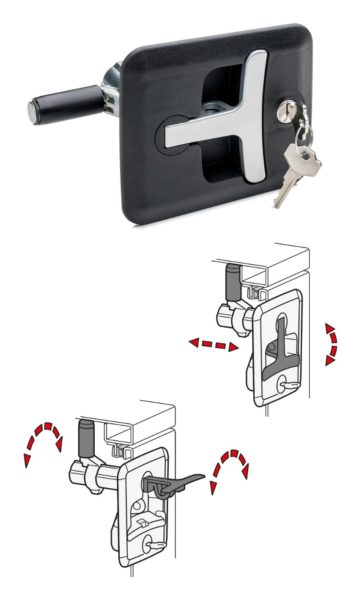 To secure the lift and turn the compression latch in place, the handle can be locked in the retracted position using the supplied key. The design of the closure housing also allows the T-handle to be additionally secured with a padlock.

The polyamide closure housing is supplied by JW Winco with four injection-molded bolts, including the associated nuts, which allow for nearly flush installation. The housing also features a permanently integrated silicone seal for protection class IP65, making it well protected against the entry of dust and water.

The new lift and turn compression latch EN 5630 from JW Winco impresses with its universal range of applications as well as its functionality. In practice, it is most often used on utility vehicles and in industrial plants.