The increase reflects the continuing recovery of activity broadly across the end markets served by the company relative to the impact of COVID-19 in the fourth quarter of 2020. Fleet productivity increased 10.3 percent year over year, in large part because of better fleet absorption. 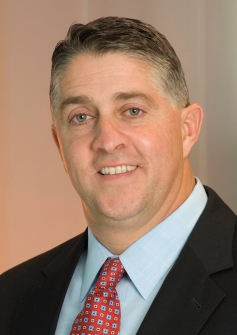 “Our strong fourth quarter, which included record revenue, adjusted EBITDA, and operating earnings, completes a year of significant achievements and provides solid momentum as we enter the new year,” said Matthew Flannery, CEO of United Rentals. “Our team provided exceptional customer service, which supported better than expected organic growth in 2021, and successfully integrated over $1.4 billion of acquisitions while maintaining their focus on operating safely and managing costs.

“Our 2022 guidance reflects the optimism of our customers, as well as our confidence in leveraging our competitive advantages over the longer term. Our larger, more diverse value proposition should both benefit the top line and strengthen our levers for delivering strong margins, cash generation and returns in this new upcycle.”

Net income for the quarter increased 62 percent year over year to $481 million, while net income margin increased 430 basis points to 17.3 percent, primarily reflecting improved gross margins from rental revenue and used equipment sales. The increase also included the impact of lower non-rental depreciation and amortization as a percentage of revenue, and lower net interest expense, which reflected a reduction in the average cost of debt and the impact of a debt redemption loss recorded in the fourth quarter of 2020. The effect of these items was partially offset by higher income tax expenses. Income tax expense increased $73 million, or 81 percent, and the effective income tax rate of 25.3 percent reflects a year-over-year increase of 200 basis points.

United’s general rentals segment had an increase of 18.6 percent year over year in rental revenue to $1.699 billion for the quarter. Rental gross margin increased by 220 basis points to 40.2 percent, primarily because of reductions in depreciation, labor, and repair expenses as a percentage of revenue.

Specialty rentals segment rental revenue increased 45.3 percent year-over-year, including the impact of the recent acquisition of General Finance Corp. to $613 million for the quarter. On a pro forma basis, including the standalone, pre-acquisition revenues of General Finance, specialty rental revenue increased 28 percent. Rental gross margin increased by 70 basis points to 45.2 percent, due primarily to reductions in depreciation and labor expenses as a percentage of revenue, partially offset by a higher proportion of revenue from certain lower margin ancillary fees in 2021.