As Texas and Louisiana start to pick up the pieces after Hurricane Delta, the American Logistics Aid Network (ALAN) is gearing up to provide support – and hoping that members of the logistics community will be just as willing to help with the 25th named storm of the season as they were with the first. 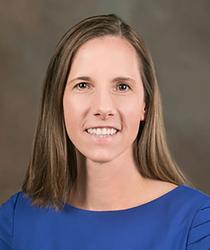 “Our hearts go out to all of the people on the Gulf Coast who’ve been affected,” said ALAN Executive Director Kathy Fulton. “In a year with an unprecedented number of named storms, this is an incredible blow to a region that has already been very hard hit.”

During the past week, ALAN has been sharing real-time updates about Hurricane Delta’s supply chain impacts via its Supply Chain Intelligence Center (https://www.alanaid.org/resources/).  And later this week it expects to begin receiving its first Hurricane Delta logistics relief requests.

“This is when the hardest work for ALAN begins – because as relief organizations get in and assess the damage, they’ll be asking us for a great deal of help,” said Fulton, who stressed that every case ALAN handles is tied to a specific need and that many hurricane relief efforts take place over a long period of time. “In light of that, we encourage people to access our Disaster Micro-site’s active needs section (www.alanaid.org/operations/) often in the weeks and months ahead – and not just for Hurricane Delta.  We also hope that people will answer our calls or e-mails if we come to them with a direct request.

“Additionally, we ask people not to self-deploy or participate in product collection drives,” Fulton said. “Too often, these well-meaning efforts get in the way of the organized relief and response efforts that are already taking place – and create more challenges than they solve.  If organizations truly want to help, a cash donation is usually best.”

Hurricane Delta made landfall in Southwest Louisiana late Friday, bringing additional rainfall, flooding, and damage to towns that were just beginning recovery efforts for Hurricane Laura.  It is the sixth storm ALAN has mobilized for this fall, which has proven to be one of the busiest hurricane seasons in the organization’s 15-year history.

“We know most people have hurricane and disaster fatigue because this has been a year like no other,” said Fulton. “However we hope they have it in them to help the Gulf Coast at least one more time, because the transportation services, warehousing space, forklifts, boxes, and other support we provide can make a hugely positive difference to so many.  ALAN certainly isn’t relaxing our efforts, and we hope they won’t either.”

The annual warehouse issue looks at the latest technology and trends in making the warehouse efficient, lean and profitable.