Featured » What to do when growth is stagnant 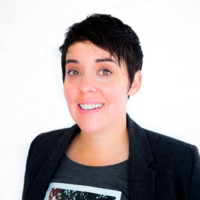 What to do when growth is stagnant

Many legacy organizations are facing a crisis. What worked in the past, whether a product, service or even business model, is somehow not working anymore. The entire organizational infrastructure and operation – often built around this – is humming along as it did before, but incremental cost-cutting has been happening for years. First, it was seen as simply cleaning house and eliminating unnecessary expenses, but now the one or two years of decreased revenue growth has turned to six or seven or more. There’s concern amongst leadership and the board. An idea is tossed out here and there along the way – typically new sales incentives – which show a small boost, but nothing that sustains. The team is now worried – and wants an immediate, clear plan to solve the problem. Does this sound familiar?

The problem is many companies are in this position. Now the pressure is on to find a “silver bullet” solution to the growth issue, and leadership is desperately seeking that “WOW” idea that simply wasn’t uncovered before. However, if these ideas were so obvious and prevalent, they would have been broached before. So maybe we conduct employee and customer surveys, which often tell organizations many things they already know, and a few things that are identified as “working”. Yet, still no clear solution.

The issue is that the organization is looking at the problem in the wrong way. Instead of grasping at ways to increase revenue, they need to understand what’s killing growth.

Here’s what I mean.

During WWII, countries had to solve many mathematical and strategic tasks to succeed in winning and surviving war. One of those problematic assignments was to find ways of improving military aircraft so they would be more resistant to enemy fire. They were asked to evaluate and determine which parts of the aircraft needed to be up-armored to minimize the damage from enemy fire and lower the numbers of the airplane crash. So, the Navy received a diagram that showed all of the places the planes were usually damaged the most.

Quickly after receiving this data, the engineers had to tackle a new task – finding new ways to protect these most commonly damaged areas. But one man named Abraham Wald completely disagreed with the plan. According to him, the examiners were looking at the planes that came back, meaning that the damage was not critical. Wald pointed out that they should do the exact opposite of what the Navy was planning to do. According to him, they should understand that the undamaged areas on the diagram were the reason that the aircraft was able to make it back.

What Abraham Wald found was a logical error known as Survival Bias.

Survival Bias is a tendency to focus on the survivors rather than whatever you would call a non-survivor depending on the situation. After any event that leaves behind survivors, the non-survivors are often destroyed or removed. If the failure becomes invisible, then naturally, we will focus on success.

This logical error is very prevalent in organizations seeking growth for their own survival. For example, when we talk about developing new business, we often list similar business models that already succeeded. Then we point out the difficulties that these businesses endured to avoid the same mistakes. What this type of thinking makes us forget is that there are tons of similar business models that didn’t make it.

We should consider what are the reasons they are not in the market anymore instead of trying to fix and improve models that were already successful. So if we look back at what Wald was offering the Navy, it is to consider that aircraft with crucial damage did not make it back home and that they are only looking at the survivors.

That’s why the importance of understanding what’s not working and why is even more important than what is. This mentality shift requires looking beyond the simple aspect of identifying what customers are leaving, but why. This brutal honesty will help you uncover why your growth is declining, and more importantly, how to get things turned around in a sustainable way.

Andrea Olson is a strategist, speaker, author, and customer-centricity expert. As the CEO at Pragmadik, she helps organizations of all sizes, from small businesses to Fortune 500, and has served as an outside consultant for EY and McKinsey. Andrea is the author of The Customer Mission: Why it’s time to cut the $*&% and get back to the business of understanding customers and No Disruptions: The future for mid-market manufacturing.

She is a four-time ADDY® award winner and host of the popular Customer Mission podcast. Her thoughts have been featured in news sources such as Chief Executive Magazine, Customer Experience Magazine, Industry Week, and more. Andrea is a sought-after keynote speaker at conferences and corporate events throughout the world. She is a visiting lecturer at the University of Iowa’s Tippie College of Business, a TEDx presenter and TEDx speaker coach. She is also a mentor at the University of Iowa Venture School.