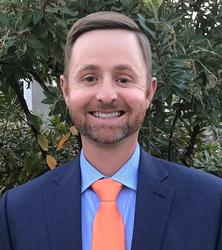 Hannibal Industries named Reed Reynolds as its chief operations officer (COO).  Reynolds is a steel industry veteran that has more than 14 years of experience in sales and management positions.   Reynolds’ first day in this role will be March 12 and he will report directly to the president.  Reynolds will be responsible to oversee the daily operation of the company while maintaining and establishing policies that promote the company culture and vision, especially concentrating on growth through efficiency and expansion.

Reynolds’ tenure at California Steel Industries (CSI) began in 2006 as an Inside Sales Representative and he quickly rose through the ranks to Sales Manager in 2013, making him the youngest sales manager in CSI’s history. Through this experience, Reynolds has supported the growth of Hannibal Industries during his previous role and is familiar with Hannibal’s organization and ESOP structure.

“As Hannibal Industries continues to expand its product and geographic reach, we must continue to add employees that will take the value we have created in the ESOP to a higher plane,” said Blanton Bartlett, President of Hannibal Industries. “Reynolds is an excellent addition and will be an asset as we carryout Hannibal Industries’ vision.”

Reynolds holds an MBA in International Marketing from the University of Redlands and two undergraduate degrees in Economics and Business Administration.