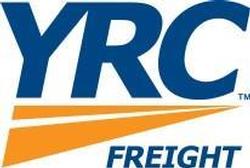 Less-than-truckload (LTL) carrier YRC Worldwide, Inc.  has reorganized into four nationwide divisions and 17 operational areas that will support its terminal operations, with its YRC Freight national unit and its three regional operating units reporting to T.J. O’Connor, YRC’s chief operating officer, according to a company document reviewed by FreightWaves.

Under the new structure, which takes effect immediately, the reporting chart at YRC Freight and at YRC’s three regional units – New Penn, Holland and Reddaway – will be combined into a single “leadership team” reporting to O’Connor. A new “enterprise operations” team will be headed by Don Hinkle, YRC’s vice president of operations. The four division vice presidents are Dan Rentfle, who will head up the eastern division; Bill Gordon in the central U.S.; Mike Potter in the southern U.S.; and Bob Mosher in the western U.S., according to the memo.

The move is aimed at streamlining the parent’s operational reporting structure, and there will be no change to the existing operating companies and brands, YRC CEO Darren D. Hawkins said in the memo. There had been rumors that such a move would be part of a larger strategy to consolidate all four operating companies into one brand doing business as YRC Freight.

The changes will “allow us to take advantage of the many strengths throughout the enterprise and will better align our cost structure to what is an increasingly dynamic marketplace,” Hawkins said in the memo, which was circulated on October 4.

Management had telegraphed significant operational changes in the wake of the five-year collective bargaining agreement ratified by the Teamsters union earlier this year, and the more recent financial restructuring that gave the company more breathing room on its debt repayment obligations. YRC has already announced that it will close 25 terminals by the end of the year, and announced last week that it would consolidate one YRC Freight terminal into two Holland terminals in northern Michigan. YRC operates more than 300 terminals across the country.

As part of the reorganization, New Penn President Howard Moshier will leave the company on October 31, Hawkins said. Moshier began his career in 1989 with the old Roadway Express, which the former Yellow Freight System Inc. acquired in 2003. He was named New Penn president in 2017.

YRC recently announced that New Penn would close its headquarters operations in Lebanon, Pennsylvania and shift those functions to YRC’s base in Overland Park, Kansas. New Penn was founded in Lebanon in 1931.

YRC did not comment directly on the existence of the memo.