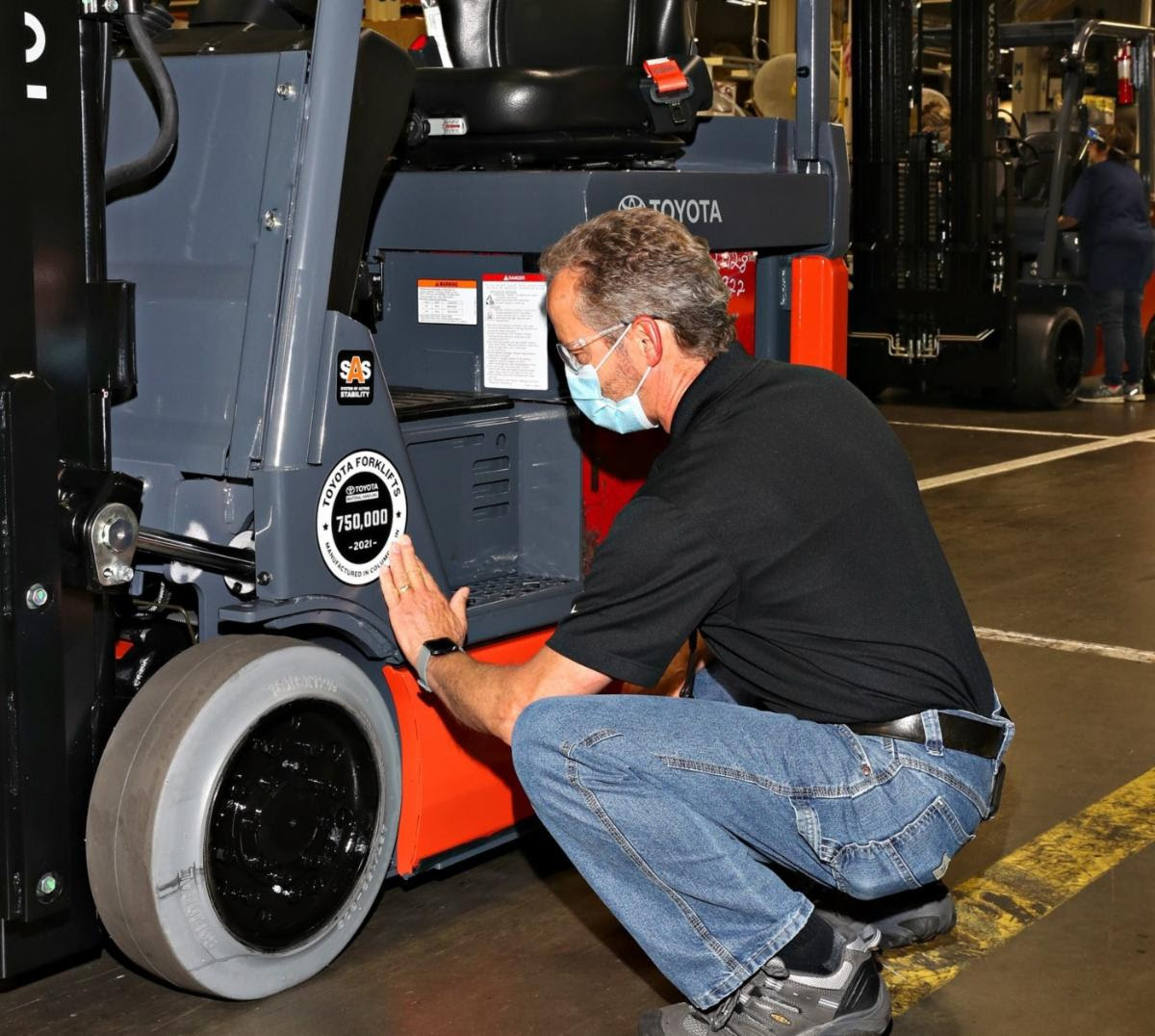 Toyota Material Handling (TMH) has completed the 750,000th forklift to roll off the line at the company’s 1.5 million-square-foot factory located in Columbus, Indiana.

Toyota began its forklift manufacturing operations in North America in 1990, and by 2015, had produced 500,000 forklifts. TMH has increased that number by 50 percent in just the last six years.

“This milestone is a testament to the market’s demand for the quality and reliability of Toyota forklifts and our unwavering commitment to serving our customers,” said Jeff Rufener, TMH president, and CEO. “This achievement was made possible by the tireless efforts of our world-class team of Toyota associates, dealers, and suppliers. We look forward to continuing to find ways to meet our customers’ evolving needs.”

The company’s production facility located in Columbus was the first plant to manufacture Toyota Forklifts outside of Japan. By 2002, Toyota Material Handling had earned industry-leading status as the No. 1 forklift manufacturer in North America and maintains that leadership role today.

The factory can manufacture a wide range of industrial equipment used in a variety of material handling environments, including 3-wheel and 4-wheel electric forklifts as well as internal combustion cushion tires and pneumatic tire lift trucks.

TMH has consistently invested in expansion opportunities to enhance its Columbus plant, which has grown into a 1.5 million-square-foot facility – six times larger than when it opened in 1990. Those expansions allowed TMH to produce its last 250,000 forklifts in only six years. It took 16 years to build the first 250,000 and nine years to produce the next 250,000.

“Over the last 31 years, we have become more vertically integrated so that we can respond to customer demands more quickly,” said Tony Miller, TMH Senior Vice President of Operations and Engineering. “We have also significantly expanded our product line to meet our customers’ evolving needs. Our incredibly talented and dedicated team is committed to producing our next 250,000 units even faster.”

The world-renowned Toyota Production System (TPS) and the waste-eliminating principles of Toyota Lean Management (TLM) have contributed to TMH’s ability to accelerate its operations during this period of unprecedented growth.