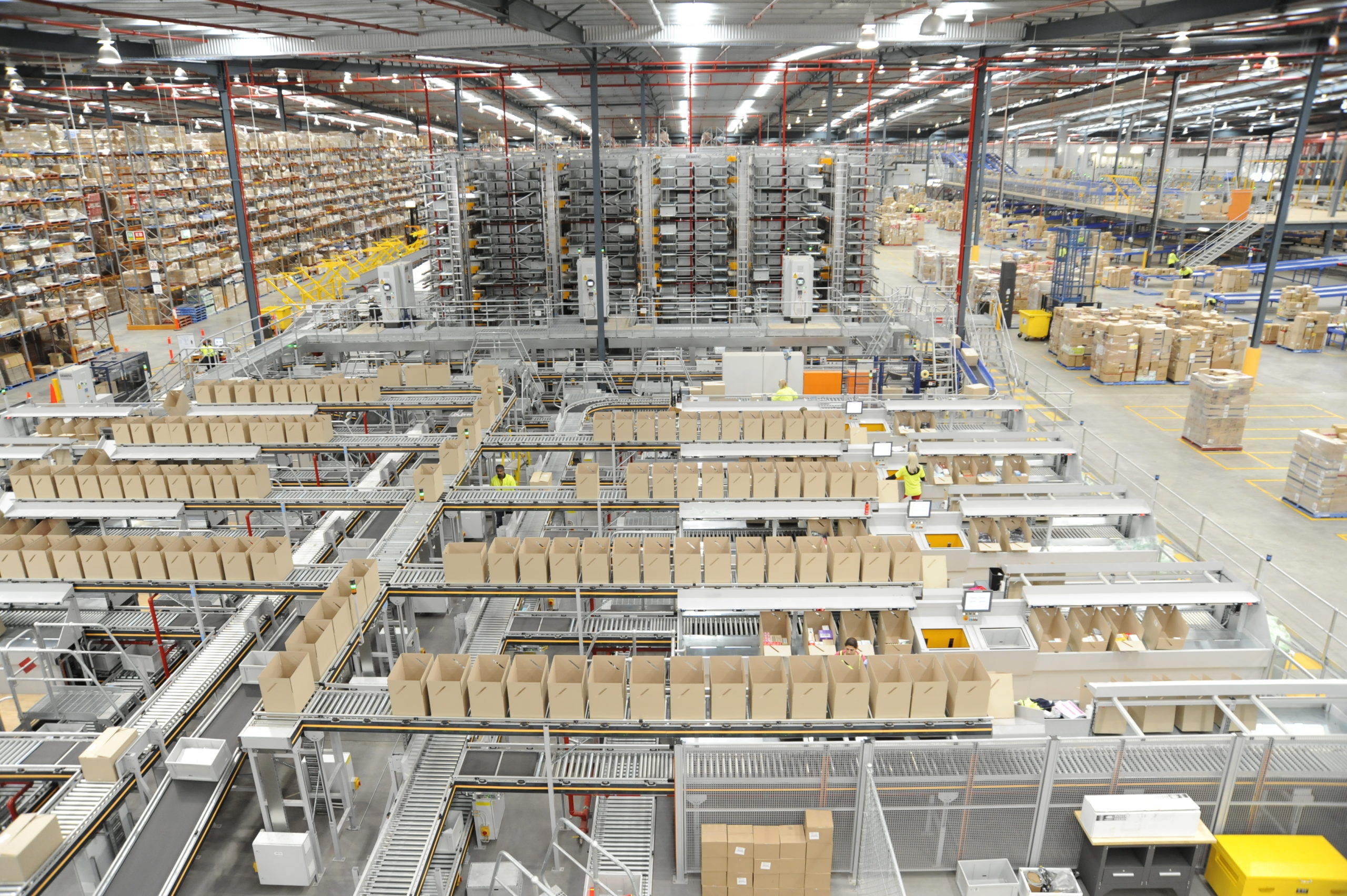 KION Group is strengthening its position in Reutlingen with plans to expand its plant. The intralogistics group is investing a double-digit million Euro amount in the project. “By expanding the production by some 60 percent, we are sending an important message about the future. We expect to see sustainable market growth in the field of narrow aisle trucks and vertical order pickers and have planned accordingly,” says Rob Smith, CEO of KION GROUP AG. “Expanding the site will help to further strengthen our excellent position as a global intralogistics provider.”

The subsidiary KION Warehouse Systems (KWS), which is based in the district of Mittelstadt, is the Group’s competence center for the development and production of system technology vehicles for the KION brands. Volker Bonk, Managing Director of KION Warehouse Systems, presented together with Thomas Keck, Mayor of the City of Reutlingen, Roland Wintzen, Deputy Mayor responsible for Finance and Economic Affairs, and Wilhelm Haug, District Mayor of Mittelstadt the current planning status at an on-site meeting.

The plan is to expand the existing production halls by moving the plant bypass road, with the aim to extend the production space to the south. KWS intends to buy the wooded area there, which is currently owned by the city of Reutlingen. This solution will enable internal production processes to be significantly improved using minimal additional space. Overall, the expansion will comprise at least 2600 square meters, 2200 of which are for the expansion of the production hall. Extensive investments are also planned for the existing facilities and machinery, as well as a general modernization of the processes on site. Once the relevant bodies have issued their approval, construction is planned to start in fall 2023, with the expanded production facilities in operation from 2025.

“KION’s location policy and corporate strategy is both flexible and reliable. With this project, the intralogistics group is once again sending a positive signal in terms of the economy, the labor market, and specifically Reutlingen as a location for business,” says Thomas Keck, Mayor of the City of Reutlingen.

More Than 400 Jobs Safeguarded in Reutlingen

The increase in production capacity will also have an impact on employment at the site: The workforce has already grown from 250 employees in 2010 to over 400 today. Around 130 of these KWS employees currently come from the city of Reutlingen and 280 from the district of Reutlingen. The planned expansion will safeguard the 400 existing jobs and enable the creation of new ones.

“Reutlingen is the biggest and most important site for our global narrow aisle trucks business,” says Volker Bonk, Managing Director of KWS. The planned investment makes one thing clear, he says: “Our heart is here in the city. This expansion will give us even more flexibility and ensure that KWS can maintain an optimal position in the dynamic intralogistics market for years to come.”

In order to meet the legal planning requirements for the expansion to the south of the plant, a development plan process has to be completed and a change needs to be made to the land-use plan. The development plan is on the agenda for Mittelstadt District Council today, November 28, 2022. KWS is already working in close consultation with the relevant bodies in the city.

The planned expansion will also be carried out in strict compliance with nature conservation regulations. As part of this requirement, external areas to provide the necessary forestry and nature conservation compensation have to be found during the development plan process. Suitable reforestation areas have already been identified within the urban area of Reutlingen in preparation for this. The following areas, in particular, are being considered for reforestation: the “Hinterer Zaun” and “Eichwäldle” areas in the district of Reutlingen and the “Oberer Auchtert” area in the district of Mittelstadt.