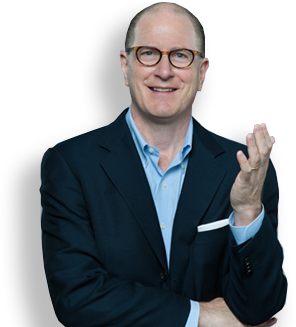 Are your professional relationships as strong as you need them to be? If not, that’s bad news as they’re the foundation of career success. The good news? Andrew Sobel says there are specific steps you can take to overhaul these relationships, create more of them, and move from struggling to thriving

We live in a low-trust world. Over the last several decades, nearly every measure of trust has declined. What’s more, rates of loneliness have doubled in the last 50 years in the United States, with almost half of surveyed adults saying they feel lonely or left out. Not only is the trust deficit harmful for our health and wellness (both physical and mental), it wreaks havoc on our professional relationships. Andrew Sobel says this problem, which hurts both career and organizational success, has grown in tandem with the rise of the Internet—and it’s crept in so insidiously that we may not have realized it was happening.

“The ‘normalizing’ of digital relationships has masked the weakness of many professionals’ face-to-face relationship-building skills,” says Sobel, creator of the masterclass Building Relationships That Matter, and best-selling author of eight books, including Power Relationships, Power Questions (both with Jerold Panas), and Clients for Life (with Jagdish N. Sheth).

“This is especially true for younger professionals, who have grown up on a steady diet of online ‘friends’ and connections, and are less schooled in the art of face-to-face relationship-building,” he adds. “Younger professionals in their 20s and early 30s often lament a lack of influence and recognition within their organizations, but they are not building the key stakeholder relationships that give you those things.”

Sobel says the deterioration of our working relationships undermines our careers and the companies we work for. We feel loyal to people only when there’s a real personal connection. Without that, you’re a tradable commodity, and may very well be the first to be pushed out the door when times get tough. We all need a small group of trusted relationships if we’re to get our ideas recognized and supported, become a successful leader, collaborate and innovate effectively, and serve our clients the way they deserve to be treated.

“Organizational leadership is rarely vested in the lone genius, a.k.a. Steve Jobs, but is more often founded on a network of trusted relationships you develop throughout your career,” he says. “To lead, you need followers and colleagues who trust you.”

That’s why he created Building Relationships That Matter. This online course—using deeply engaging immersive multi-media technology—brings to life more than 20 years’ worth of the most extensive research ever done on the capabilities required to develop deep, trusted professional relationships. More than 50,000 executives in 52 countries have used these skills and techniques to accelerate their careers and grow their businesses, says Sobel.

As we move into the future, he says trusting relationships will only become more vital. “Artificial intelligence and automation are likely to swallow up most routine jobs, and knowledge-based jobs aren’t far behind them,” notes Sobel. “The only ‘safe’ occupations are those that depend on activities humans are better at than computers—like collaboration, creative problem solving, and other soft skills. All of these require strong interpersonal relationships with your manager, colleagues, mentors, and other influencers both inside and outside of your organization.”

So how can we combat the decline of trust and build more and better professional relationships? Sobel offers a few suggestions:

Think eagles, not gnats. (Aim for quality, not quantity.) As we seek to form professional relationships, we now think that more is better. The trappings of the digital age only encourage that mindset. Yet counterintuitive as it may seem, Sobel says that focusing a majority of our relational investments on a smaller number of valuable connections is far more effective. Ideally, he says we need to develop and nurture 15 to 25 trusted relationships (and that’s what his course aims for).

“Increasingly, our culture focuses on developing large numbers of social media connections,” he says. “These are more like a cloud of busy gnats than a flight of eagles who are powerfully moving your career forward. It’s better to deepen the relationships that really matter. My research shows that in most careers, there are a handful of relationships that have a disproportionate impact on your success—and for which you, in turn, can really make a difference.”

Sobel cites the example of one of his clients, a highly successful investment banker, who told him that nearly one-quarter of all his lifetime revenue had come through one law firm partner he had developed a close relationship with early in his career.

Follow the relationship recipe. Sobel says there’s a process that should be followed when creating and sustaining great professional relationships:

“This process is not linear—you don’t do it once and then stop,” says Sobel. “Rather, you repeat these steps many times, continuing to strengthen the relationship. Trust is a natural outcome of doing these steps well.”

Assess your relationship IQ. What skills do you need to work on? Sobel says there are certain attitudes and skills you need to cultivate in order to build solid, trust-based relationships. In fact, his program revolves around nine of them: generosity, curiosity, rapport, power questions, empathy, trust, agenda helping, influence, and relationship healing. (NOTE: See tipsheet below)

“These skills need to be exercised in a balanced manner,” says Sobel. “If you demonstrate too little rapport, for instance, you’ll seem aloof and distant and won’t make a connection. Too much rapport and you’ll come across as an inauthentic glad-hander.”

Stop telling and start asking… Often in an attempt to seem smart or to impress others, we are tempted to give nonstop advice or spout everything we know about a subject. Squelch that instinct, advises Sobel. Asking builds relationships while telling can create resistance. Learn to ask the right questions and you’ll gain access to new information, uncover solutions, and understand what’s really important to the other person. You’ll show that you’re curious and eager to learn from them. Ultimately you’ll have higher-impact conversations and be seen as more likeable and trustworthy.

Sobel tells a story about how early in his consulting career, he was tasked with engaging a famous business school professor known for his large ego and for being impossible to work with. At the beginning of their lunch, he simply asked, “I’m curious; how did you get your start?” and then listened for two hours as the professor talked. Sobel barely said a word—and the professor glowingly told Sobel’s boss the next day that Sobel was “really smart” and that they had had a “fantastic conversation.”

…and really listen to the answers. We don’t always appreciate just how powerful deep, empathetic listening can be in building relationships. And while most of us think we’re already good listeners, the truth is we probably aren’t. Sobel says that good listening means getting yourself and your ego out of the equation, and not trying to outshine the other person.

“This doesn’t mean you should sit there silently the whole time,” he adds. “If you just listen and never say anything, the speaker may feel stranded. Paraphrase and synthesize as you go along. Affirm that you’ve understood what they’re saying, ask follow-up questions, and sprinkle in your own thoughts and feelings about the subject. That’s the recipe for a rewarding conversation.”

Get intentional about building trusted relationships. These powerful business relationships don’t just happen, says Sobel. They must be deliberately cultivated and maintained. It means putting forth the effort to really get to know the other person, checking up on them, trying to help them, and genuinely caring about making their life better. This is why we must make our professional relationships—actually all relationships—a priority, says Sobel. He recommends listing your “critical few” relationships—the 15 to 25 that can really make a difference—and developing a staying-in-touch plan for each one. “One of my oldest and most important relationships began over 30 years ago,” he says. “This individual, later in his career, became the CEO of one of the world’s largest companies. He has introduced me to many, many other top executives over the years.”

“Life is complicated and it’s easy for us to put off relationship development until ‘things settle down’ or we have more free time,” he says. “The problem is, that day never comes. This is how people lose touch, and how relationships atrophy. You have to carve some time out of your schedule, put it on your to-do list, and commit to making it happen. Relationships rarely stay the same—they either deepen and grow, or they wither on the vine.”

The effort is always worth it, he adds.

“We simply don’t thrive on hundreds of superficial contacts,” says Sobel. “In business and in life, we flourish on a handful of trusted relationships. We owe it to ourselves and to those around us to start building relationships that matter.”

Andrew Sobel, creator of masterclass Building Relationships That Matter, is the leading authority on the strategies and skills required to build the relationships that truly matter to your career. He is the most widely published author in the world on this topic, having written eight acclaimed, best-selling books on developing enduring professional relationships. His books have sold over 250,000 copies and have been translated into 21 languages. His newest book—It Starts With Clients: Your 100-Day Plan to Build Lifelong Relationships and Revenue—will be available in April 2020.

Andrew’s programs have been delivered in 52 countries for many of the world’s most successful companies. These include public corporations such as Citibank, Cognizant, Experian, Hess, UBS, and Lloyds Banking Group, as well as private firms such as PwC, Booz Allen Hamilton, Bain & Company, Grant Thornton, Deloitte, and Norton Rose Fulbright.

Andrew spent the first 14 years of his career with Gemini Consulting (formerly the MAC Group), where he became a senior vice president and country chief executive officer. He lived in Europe for over a decade and speaks four languages. For over 20 years he has led his own international consulting firm. He graduated from Middlebury College with honors and earned his MBA from Dartmouth’s Tuck School. Andrew can be reached at www.AndrewSobel.com.