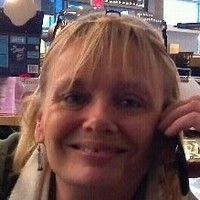 For decades, lead-acid batteries were one of the only games in town as a source of power for material handling equipment such as forklifts and pallet jacks. But rapid advances in technology are fueling a broader playing field, with options that now include lithium-ion batteries, thin plate pure lead batteries, repurposed lithium-ion products, and an additive that can double the life of lead-acid batteries.

Warehouse managers, meanwhile, simply want a power source that is affordable, maintenance-free and requires zero downtime. To be sure, lead acid is still the dominant battery in use in material handling equipment, primarily because of its affordability.

It’s also easier just to keep the status quo, said Maxim Khabur, marketing director at One Charge of Garden Grove, Calif. “The change requires energy and a capacity to embrace risk, so once the first-comers seize the most benefits, the rest have to follow after they realize they are losing on cost and effectiveness of operations,” Khabur said. “The change in charging pattern calls for new small chargers to be installed around the facility instead of getting them all into a ventilated charging room (not needed anymore), and however small the change is, it presents an argument for “not changing anything.”

But lithium-ion has been grabbing an ever-increasing share of the material handling market in recent years, between 5% and 10% according to most estimates. Khabur said the benefits are numerous:

“Switching even one single lift truck from propane, diesel, or lead-acid battery to lithium will reduce the total cost of ownership in about four years,” Khabur said. “And a lithium battery will typically work far beyond that. But since the upfront cost of a single lithium battery is significantly higher than lead-acid, bigger fleets and more intense operations with multiple shifts per se see the highest output.

Kokomo, Ind.-based Green Cubes Technology has been manufacturing lithium batteries for more than three decades, originally for medical equipment, said Robin Schneider, Director of Marketing. Its lithium motive applications have been around for about 10 years, galvanized by the advent of electric vehicles. Schneider said they have been seeing 100% growth in the market annually for the past five years.

According to Schneider, there are two kinds of lithium-ion chemistries available: iron phosphate batteries (LFP): and cobalt-based lithium-ion batteries (NMC). The material handling industry has been favoring iron phosphate because it can be charged with a lead charger, deliver high-power, fast charge, and has a cycle life of 3,000 cycles or more. Schneider said one of the earlier adopters of lithium-ion batteries in material handling are in cold storage applications, warehouses that store food and beverages. “Lead-acid doesn’t operate well in really cold environments, like freezers. There’s a lot of capacity loss and damage to the battery that happens,” Schneider said. “And also, they can’t be charged at cold temperatures, so you have to take the material handling equipment out of the freezer or inside if it’s an outside application in a cold area, and let the battery temperature equilibrate and then charge it.”

Making the problem worse, is the condensation buildup that occurs when taking the battery in and out of the freezer. Green Cubes’ lithium-ion batteries have integrated heaters and, because they are “smart,” they have the technology to maintain the battery’s temperature in a safe operating range, Schneider said. But that is just the tip of smart technology. Schneider said that with IoT — Internet of Things — technology that is integrated into the batteries, allowing them to communicate their status to the cloud, each battery’s performance, such as how it is being charged, whether it’s being used properly, and whether it’s being underutilized, can be monitored. “You can load-balance the usage across different areas of your organization,” Schneider said. “So that’s really exciting because it’s all about efficiencies in material handling.”

Harold Vanasse, Senior Director of Motive Power Marketing for EnerSys, the largest industrial battery manufacturer in the world, said that more advances in integration are coming in the next two to three years. While the company produces lithium-ion batteries for a vast array of industries, including material handling, Vanasse said it is still fairly new in the marketplace. Lead-acid is still the predominant chemistry used because of its robust design, it is well understood and the batteries are 99% recyclable through a well-established recycling stream, he said. Traditionally the industry has used what is called a flooded lead-acid battery, which contains a liquid electrolyte of sulfuric acid that requires adding water every week to replace what was lost during the recharging process.

EnerSys manufactures what Vanasse called a “lithium-like” battery called thin plate pure lead (TPPL) that is less expensive than lithium, but maintenance-free — in other words, it doesn’t require watering. “There’s nothing you really need to do to them, other than charging them correctly and using them correctly,” he said. They also have extremely low gas emissions, a fast recharge rate, and a long cycle life. They cannot, however, be used in heavy-duty applications, whereas a flooded lead-acid battery can.

“They excel in light- to medium-duty applications,” Vanasse said. “TPPL batteries are newer to the material handling industry. They have introduced about 10 years ago, though EnerSys has been selling the technology in other industries for over 30 years. Most, if not all, U.S. military tanks use our TPPL batteries.” Vanasse said EnerSys works closely with each client to provide the product that best suits their needs, whether it be lithium-ion, TPPL, or traditional lead-acid batteries. “We do a lot of modeling when we work with a customer, to make sure they get the right battery, the right size battery, and the right type battery for their application,” Vanasse said. “We don’t want to have them figure out what they need. We do the math for them, so they are not spending more than they need, but they absolutely get the product they need.”

Yet another advancement in battery technology is available for those operations that want to hang onto their lead-acid batteries, but give them more life — not only in material handling operations but any industry that uses a lead-acid battery. PowerBatt is a liquid additive that addresses the biggest problem with lead batteries, sulfation. “This is about chemistry,” said Christopher French, who owns the proprietary technology rights in the U.S.

The technology has been in existence for over 10 years and in 15 countries, with French’s Minneapolis-area company serving as a manufacturer and distributor for almost two years. Many lead-acid batteries are simply sulfated, and that really is where we come into play.”

PowerBatt works by reversing battery sulfation and can double the life of a lead-acid battery and keep them operating at peak efficiency. French said that savings of 60% or more have been documented. The product also increases the porosity and strength of active mass and eliminates brown mud. Other technologies, like pulse chargers, have tried to have the same effect, but French said they cannot completely de-sulfate a lead plate. They also create microfractures. “Our approach is completely different. The makeup of our product and how it reacts with the sulfate, that’s really the key,” French said, adding that PowerBatt dissolves the sulfate and rebalances the chemistry of the acid.

PowerBatt is non-toxic, environmentally friendly, and, above all else, easy to use. “If they can water a battery, they can use our product,” French said. Their website includes testimonials from Toyota; CROWN; Jungheinrich; Linde Material Handling; golf courses that use PowerBatt on cart batteries; Ikea: and one Minnesota city that uses PowerBatt on their fleet of maintenance trucks. French said customers generally all have the same reaction: they are initially skeptical, but later amazed at how it works. “It does exactly what we say it will do,” he said

Lithium-ion battery recycling is still in its infancy, as most of that circulation still has life on them. But a market for that is expected to emerge very quickly. In the meantime, one northeast Ohio company is already carving out a niche by taking advantage of a battery and charger’s secondary life cycle. Arcon Equipment is a battery agent that provides service, repair, and reconditioning of used lithium batteries and chargers.

“There’s no better way to recycle than to reuse,” said company president John L. Gelsimino, noting that no one has yet seen a large volume of lithium-ion batteries that are outside of their warranty. Arcon primarily works with three primary lithium battery brands: Flux Power, Blue Line, and Sunlight. They can step in after a leased forklift, electric truck, or other equipment is returned with a lithium battery that no one is quite sure what to do with, whether it works or not. They also accept and repurpose used chargers as well as take apart and recondition used batteries, all with support from the factories that manufacture them.  It is a much more affordable option than buying a new lithium battery or charger, Gelsimino said. And the demand has been picking up quite nicely. For lower-duty cycle applications, reconditioned lithium batteries and chargers are worthwhile options instead of buying a new lithium battery or charger, Gelsimino said. “We are seeing demand increase for lithium and particularly for reconditioned lithium profile chargers,” he added.

Arcon Equipment works with truck dealers to help properly size batteries and chargers and also to provide and assist with lithium demos. Gelsimino sees growth in the secondary life cycle of lithium.  “Customers can send us their off-lease batteries, we inspect, cycle, and provide a report back on the condition of the battery. If there’s something wrong, we can quote what it will cost to repair the battery,” Gelsimino said. “Arcon Equipment has always been considered the expert’s expert for lead batteries and chargers. Lithium is just another battery chemistry that we specialize in.”

To listen to The New Warehouse podcast with Kevin Lawton and some of the experts in this article, click here.

Lisa Curtis is a freelance writer based in Cedarburg, WI. She has nearly 30 years of experience working for local newspapers and magazines, including serving as managing editor of the Ozaukee News Graphic. She is also the author of the book “Images of America: Cedarburg.” To contact Lisa email editorial@MHWmag.com.