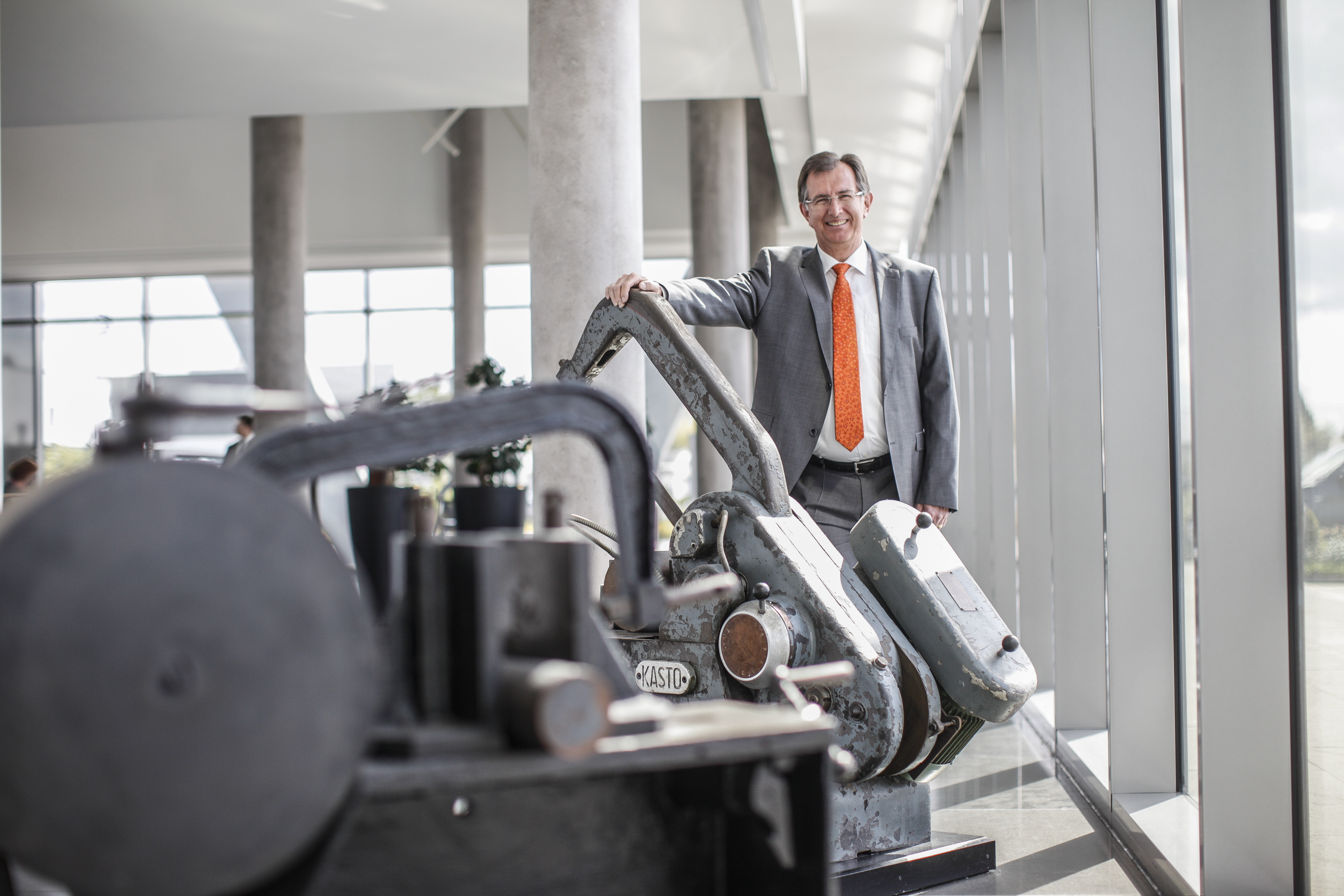 Guiding the fortunes of KASTO for more than 30 years: Managing Partner Armin Stolzer

KASTO: Success runs in the family

KASTO has been around for 175 years – making the sawing and storage technology specialist one of the oldest family-owned businesses in the whole of Europe. The company’s history is closely bound up with that of its founders, the Stolzer family, which is still responsible today for ensuring that KASTO remains faithful to its traditions while keeping its eyes fixed firmly on the future. 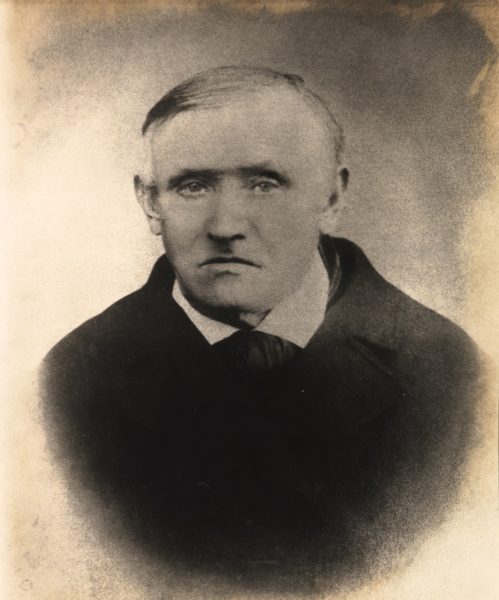 In 1844, the carpenter Karl Stolzer founded his own workshop in the town of Achern in Baden-Wuerttemberg – KASTO was born.

Despite all his clarity of vision, when carpenter Karl Stolzer set up his own workshop in the town of Achern in Baden-Wuerttemberg in 1844, he could hardly have imagined that it would one day become the world’s leading supplier of metal sawing machines and automatic storage systems. And he would probably also have been astonished to think that today, 175 years later, his great-great-grandson would be guiding the company’s fortunes. However, this success is no accident. Instead, it is the result of entrepreneurial vision and a keen understanding of the market’s needs. Both these qualities characterise the entire history of KASTO and the Stolzer family.

The carpentry shop soon developed into a manufacturer of machines that were driven by the water power of the streams of the Black Forest. By building water-powered and then subsequently industrial sawmills, Karl Stolzer laid the foundations for the company’s continued success. After his death in 1891, his son Carl took over at the head of the company. Carl Stolzer attended the first years of study at the recently founded Esslingen mechanical engineering college and manufactured roller gang saws for sawing wood in his company. He was succeeded by his son, Friedrich Stolzer, who further developed the production of roller gang saws and sawmill equipment and was awarded a patent for his innovations.

The step to becoming a modern machine manufacturer
Friedrich Stolzer died in 1941, after which his wife Anna took over the running of the company until the couple’s two sons, Friedrich and Paul, had completed their training. The entry of the two brothers into the company brought about a gradual shift towards the metal-sawing business. The invention of the hack sawing machine by Paul Stolzer in 1947 was a decisive step in the company’s transition into a modern machine tool manufacturer. The following years ushered in numerous new developments such as circular saws and bandsaws, as well as cassette and cantilever arm stores for long goods whose underlying principles are still used today.
The current Managing Partner, Armin Stolzer, joined the company in 1984. Even as a young man, he gathered experience of extensive large-scale projects, drove the further development of technologies and, among other things, was responsible for introducing the first CAD system at KASTO in 1986. He also worked hands-on in the machine design sector and maintained customer contact at customer sites and during service operations. During the two major economic crises at the start of the 1990s and end of the 2000s, Armin Stolzer showed himself to be a reliable helmsman who steered the company successfully even in the troubled waters of the times.

He is now actively supported in this task by his wife Ruth Stolzer. She is a fully qualified lawyer who previously acted as a judge and is now responsible for the Legal and Human Resources departments, a range of administrative tasks as well as for a number of foreign branches. Together, they founded the Armin and Ruth Stolzer Foundation, which is committed to social projects, pre-school and school education, as well as technical further developments.

The next generation on the Management Board
And the next generation has already been helping to guide the company’s fortunes for several years as members of the KASTO management board: Nicole Krebber-Stolzer and her husband Sönke Krebber both trained as engineers at Darmstadt Technical University and share responsibility for technical areas such as purchasing, production, assembly, research and development, logistics and factory maintenance. Stephanie Riegel-Stolzer joined the company in 2011 and, like her husband Jonathan Riegel, graduated with a master’s degree in business studies at the University of St. Gallen. They are responsible for service, marketing, finance, controlling and internal IT and also share responsibility for sales and the foreign branches with Ruth and Armin Stolzer. As a result, even 175 years after it was founded, KASTO is still secure in the hands of the same family. 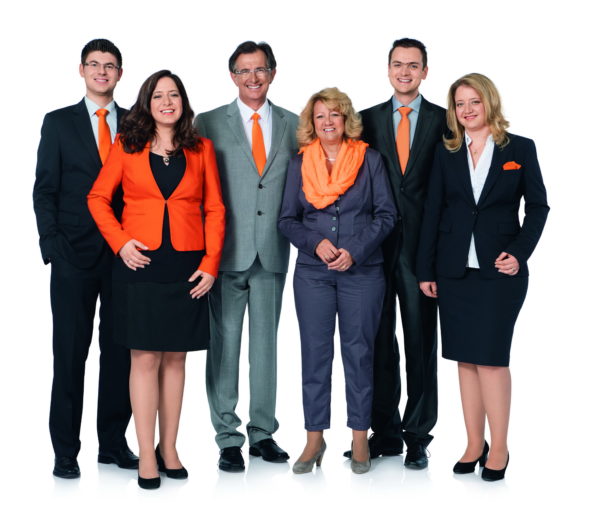 This fact is clearly reflected in the company’s philosophy, which is characterised by flat hierarchies and open doors. For KASTO, a high level of social responsibility towards the company’s employees and their family members is self-evident. The company works hard to promote occupational training and offers attractive development opportunities to its many young employees. The KASTO Management Board also actively strives to bring women into technical positions. Regular celebrations and events for employees improve the community spirit in the company and bring about a feeling of togetherness – an important factor in ensuring that the family-owned company KASTO continues to be successful in the future.