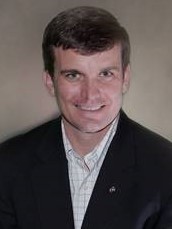 Industrial Scientific, global provider in connected sensing technology, is pleased to announce that Parker Burke has joined the company as senior vice president and general manager. Parker will be responsible for leading Industrial Scientific’s global gas detection and iNet® businesses.

Parker worked most recently as vice president and general manager at Anderson-Negele, a Fortive operating company based in Fultonville, New York, that provides hygienic instrumentation solutions and services for processors of food, beverage, and life sciences products. Prior to leading Anderson-Negele, Parker was with Gilbarco Veeder-Root, where he held leadership positions in marketing, product management, and operations.

“Parker delivers impressive results, but even more impressive are his humility, thoughtful approach to leadership, and service to others,” said Justin McElhattan, president of Industrial Scientific. “We are pleased to welcome him to the company and look forward to his leadership.”

Parker holds a Bachelor of Science degree in systems engineering from the United States Naval Academy. Following graduation, he served as an officer in the U.S. Marine Corp for over 6 years. Parker also holds a Master of Business Administration from the Northwestern University Kellogg School of Management.