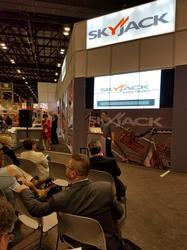 The American Rental Association’s (ARA) Rental Show has concluded in Orlando FL this week but the optimism of the 2017 rental industry remains very upbeat for 2017.

The ARA five-year forecast for equipment industry revenues were released in January.  The forecast shows a moderate strengthening compared to the November forecast.  ARA now projects U.S. equipment rental revenue will reach $48.9 billion in 2017, but then grow at an average annual rate of 4.3 percent over the forecast to top $56 billion in 2020.

“We continue to see strength in key economic data that drive our rental revenue estimates,” said John McClelland, ARA vice-president for government affairs and chief economist. “The economy continues to gain strength and promise of tax reform, reductions in regulations, a more accommodative energy policy and additional infrastructure will only add to that strength.  The big question continues to be how fast these changes will occur and go into effect,” McClelland said.

Quarterly updates in 2016 previously showed positive expectations, but included a very gradual slowing in the expected growth of rental revenues over the year, according to figures compiled by the IHS Markit™, the economic forecasting firm that compiles data for the ARA Rental Market Monitor™.  The first new quarterly forecast for the ARA Rental Market Monitor in 2017, however, reverses the trend with an expected gradual increase compared to last quarter’s forecast.  The economy definitely hit a soft patch toward the middle of 2016 that somewhat lowered our expectations for growth in the economy as a whole as well as rental revenues,” said Scott Hazelton, managing director of IHS Markit™. “We are now seeing a reversal in that growth trend suggesting a return to positive changes in our outlook for rental,” added Hazelton.

IHS Markit™ also estimated the Rental Penetration Index for 2016.  The index fell by ten basis points from 52.9 percent to 52.8 percent in 2016.  “The continues redeployment of equipment from oil and gas projects in early 2016 coupled with the expansion in 2016 construction  spending and employment meant that contractors were expanding their fleets at a slightly higher rate than rental companies were expanding their fleets.  The ten basis point change in the Rental Penetration Index really indicates that rental companies in the construction and industrial equipment space are holding their own against increasing equipment acquisitions by contractor fleets even in the face of some headwinds in early 2016,” said Hazelton.  “Our forecast of a 3.9 percent increase in construction and industrial equipment investment in 2017 compared to a 2016 is much stronger that the 2.1 percent investment growth from 2015 to 2016 and suggests that the growth in rental fleets will continue to increase,” said Hazelton.

The latest ARA Rental Market Monitor forecast for Canada projects $5.148 billion in equipment revenue in 2017, which reflects a gradual slowing in growth rates to 3.3. percent compared to the November forecast. 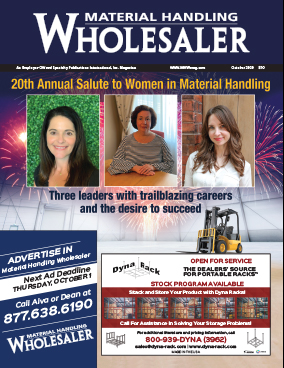