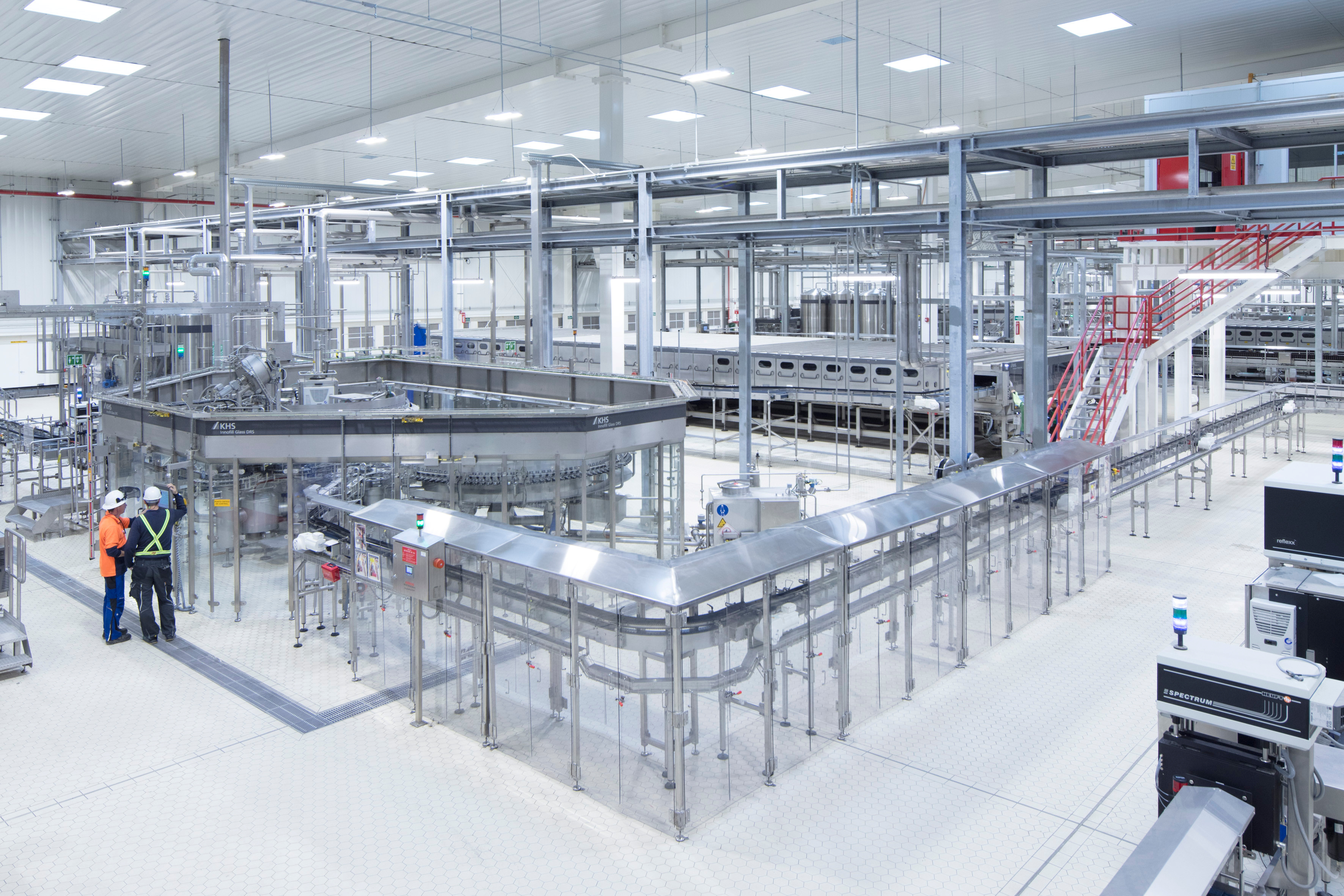 Heineken and KHS are setting standards with the newest and one of the biggest breweries in Mexico on all counts: besides its impressive proportions the plant is also a shining example when it comes to ecological and economic sustainability

As far back as in 2006 the potential for the launch of one of the most important greenfield projects in the history of Mexican brewing was recognized: Cervecería Cuauhtémoc Moctezuma proposed building its seventh production site in Meoqui in the state of Chihuahua in the north of the country. Nine years later the plans were finalized by HEINEKEN México which in the meantime had since taken over the brewery.

By setting up shop in Meoqui Heineken is closing a geographical gap in the north of Mexico. This strategic location optimizes the company’s production and sales network. The region also has a good infrastructure, provides qualified personnel and a local government which specifically promotes economic development. 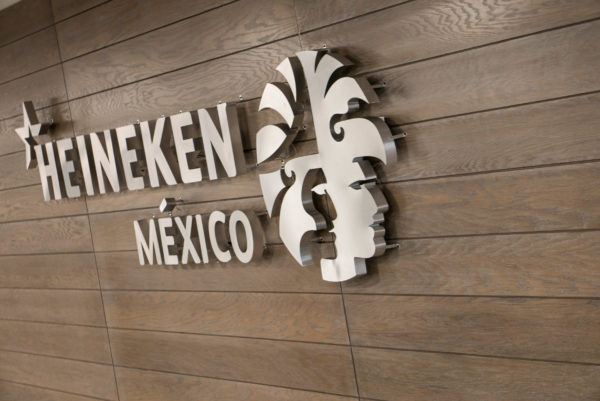 With a capacity of five million hectoliters a year the greenfield site has now become the largest production facility in the Heineken Group. The brewery has created 500 new jobs on site and 1,500 indirect positions to boot. The premises are such that expansion is possible in the medium term. A few facts and figures from 2016 illustrate just how important the Mexican market is for Heineken: the Mexican branch contributed 16% to the sales, 12% to the turnover and 15% to the profits of the Dutch brewery even before the new bottling plant went into operation. And – even more importantly – over the same period HEINEKEN México increased its volume by 4%, its value by 8% and its profit by a proud 16%. Against this dynamic and extremely promising background, which also bodes well for the future, it’s little surprise that the parent company decided to invest around €400 million in its Mexican enterprise – more than ever before. 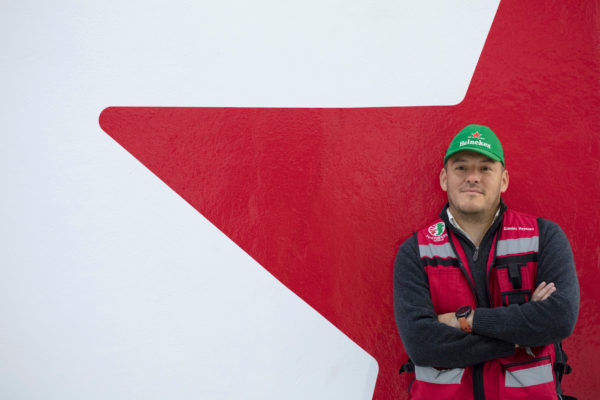 Plant manager Eusebio Reynoso Razo tells us what ultimately won the Dortmund systems supplier the contract. “We’ve been in the business together for over 40 years. It’s thus clear that we can fully rely on the careful, proven and modern processes which distinguish KHS as a first-class manufacturer of lines and machines with ist highly qualified engineers.” Trust is a key criterion, believes Reynoso. “It’s quite a challenge to build such an enormous factory. We therefore only wanted to work with the best so that we could get off to a good start.”

Mexico is a familiar stomping ground for KHS, with one of its eleven own production plants opened in Zinacantepec in 1992. “At HEINEKEN México we have an installed base of around 80 machines spread out across the entire country,” says Mario Perez, sales manager for the north zone at KHS Mexico. “This base primarily consists

of fillers, packaging machines and pasteurizers.” The very first project involving the two companies dates back to 1977 when delivery was taken of a VVF-120D canning line. It’s located at Monterrey in the northeast of the country and is still in operation.

Among the particular challenges posed by the site in Meoqui weren’t just line performance, however, but first and foremost flexibility and sustainability.

Two types of beer, six beer styles and thirteen different brands are produced in Meoqui – not just Heineken but also Tecate, Dos Equis and Indio, among others. This range, filled into various containers of differing size, results in a vast diversity of Stock Keeping Units (SKUs) and a large number of possible combinations. This calls for the shortest possible setup times for format changeovers and maximum flexibility in labeling. In addition there is also a slightly unusual requirement regarding the secondary packaging; instead of plastic crates, returnable cardboard boxes holding 12 or 20 bottles are used, the handling of which presents a certain technical challenge.

Maximum flexibility was also needed in other areas of the project. “Owing to current market demands we were forced to change the original order of the lines for commissioning according to the SKUs we needed most,” plant manager Reynoso remembers. “This of course made all those involved nervous. But the KHS team understood our situation. Despite this change cooperation with the local crew was marvelous and we were able to wind up the process with outstanding results.”

In the first few months alone over 30 different SKUs were processed on the 4 KHS lines and over 1.2 million hectoliters filled into glass bottles and packaged.

All told, Reynoso is extremely satisfied with the teamwork. “We’ve experienced a lot of successes together – from installation through commissioning to the moment when the first full pallets of product rolled off the conveyor belts. The great willingness of the responsible KHS representative on site to get things moving, his good cooperation and excellent communication really helped the team to function well.”

Exemplary use of resources 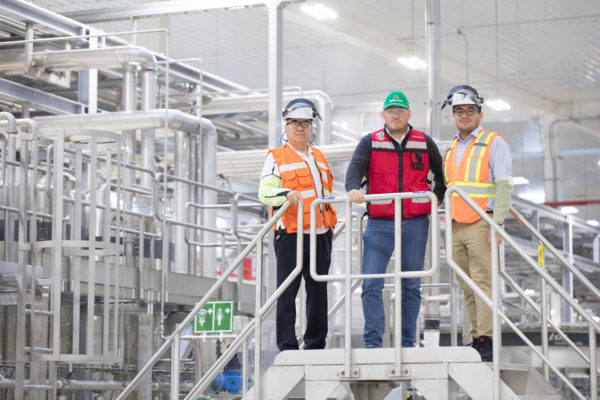 The second major challenge was sustainability: in keeping with its commitment to “brew a better world” HEINEKEN México sees itself as a pioneer. The factory in Meoqui was thus erected according to the latest principles of the circular economy – with the focus on renewable energies and an efficient use of water. Electricity comes from renewable sources. Photovoltaic cells are installed in the brewery windows, for instance, which generate about 12% of the total electricity needed on site. The rest is produced by wind power. Treatment of wastewater means that all facilities and green spaces can be supplied and biogas is used in the boilers. The declared objective is to become the Heineken brewery with the lowest consumption of water in the world – by 2020 the Meoqui plant plans to work with just two liters of water for one liter of beer.

In order to achieve this target, among others, the decision-makers therefore opted for sustainable systems from KHS. The bottle washing machines, which together with the pasteurizers are usually the biggest consumers of water on a line, are equipped with cutting-edge technology which drastically reduces both the amount of water needed and the energy consumption. On the fillers, too, new vacuum pump cooling systems consume much less water – here, over €300,000 can be saved per line and year. This is naturally a decisive factor for plant manager Reynoso. “By sustainability we not only understand that we have an ecological responsibility but also see this on an economic level. Here, KHS was one up on ist competitors as it offered the most attractive total cost of ownership (TCO). In the long term this allows us to operate our lines sustainably.”

This is facilitated by the fact that the lines are easy to operate for the personnel on site. To this end, KHS was greatly involved in selecting and qualifying the company’s own plant workers well in advance. In order to ensure that the lines function properly and have a good level of efficiency, a local maintenance team comprised of 40 engineers was trained and coached – which is also an important task in the future.

Eusebio Reynoso Razo generally has even more plans for his vast bottling facility. “In the future we want to address the topic of line digitalization. The aim is to be able to correlate and predict various process indicators in order to boost performance. By further optimizing the use of materials and resources we’ll be able to make our filling and packaging processes even more efficient.” Here, too, KHS will also be a suitable and reliable partner in the future.

Heineken and KHS as worldwide partners

Heineken and KHS have enjoyed a strategic partnership for many decades, as a multitude of successful projects demonstrates. “México uses our full product portfolio,” says Ramona Brenner, global key account manager at KHS. At Heineken’s headquarters she is extensively networked with contacts in all departments – including the R&D, Purchasing and After Sales departments. “Despite its vast size you can feel that Heineken’s still a family business: relations, forming fair and cooperative partnerships, are always seen in the long term.” Alongside Meoqui in Mexico, during the last two-and-a-half years the following larger line projects have also been realized for Heineken, among others: