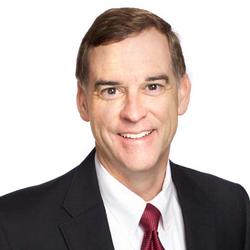 RGIS, LLC announced that Brian McDonald has taken the position of CEO of the organization, effective immediately.  He assumes the position from Dan Sheffield, who had been serving as interim CEO since the departure of John J. Ling earlier this year.

“After an extensive search, we are pleased to have Brian join us.  He possesses the leadership, customer-centricity, values and operational excellence we were seeking,” said Dan, who retains his position as President of Global Customer Service and Business Development for RGIS.  Brian comes to RGIS from Tyco International Ltd. where he served as Executive VP and Chief Operating Officer of their $7.8 billion Fire and Security Installation and Services division.

Brian was with Tyco for more than 10 years in a variety of roles including Director of Sales, VP of Field Operations, VP of Southern Operations, President of ADT UK/Ireland, and most recently, EVP and COO of the conglomerate’s largest business unit.  Prior to Tyco, Brian held various General Manager and VP roles with the UTC Power and Otis Elevator units of United Technologies.

He holds a Bachelor of Science degree in Physics from the United States Naval Academy and a Master of Business Administration degree in Operations from the Darden Graduate School at the University of Virginia.  Upon graduation from the Naval Academy, Brian served 5 years as a Lieutenant and Division Officer aboard a U.S. Navy aircraft carrier, overseeing its nuclear systems.