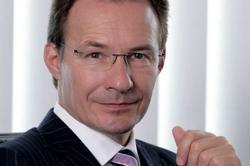 Michael Macht joins the Supervisory Board of KION GROUP AG

Michael Macht has been appointed to the Supervisory Board of KION GROUP AG effective today. He succeeds Tan Xuguang, Chairman of Weichai Power, who stepped down on September 30, 2018.

From 2010 to 2014, mechanical engineer Michael Macht was the Executive Board member responsible for production at Volkswagen AG and from 1998 to 2010 served on the Executive Board at Porsche AG, latterly as the company’s Chief Executive Officer. In June 2018, Macht became a non-executive member of Weichai Power’s Board of Directors.

John Feldmann, Chairman of the Supervisory Board of KION GROUP AG: “I am delighted that, in Michael Macht, we have found a proven production specialist for our Supervisory Board. His dependable relationship with our Company’s anchor investor will help him to build on the great contributions by Mr. Tan. Mr. Tan has demonstrated enormous personal commitment and foresight in helping to drive forward the KION Group over recent years and we would like to extend our heartfelt gratitude for this.”