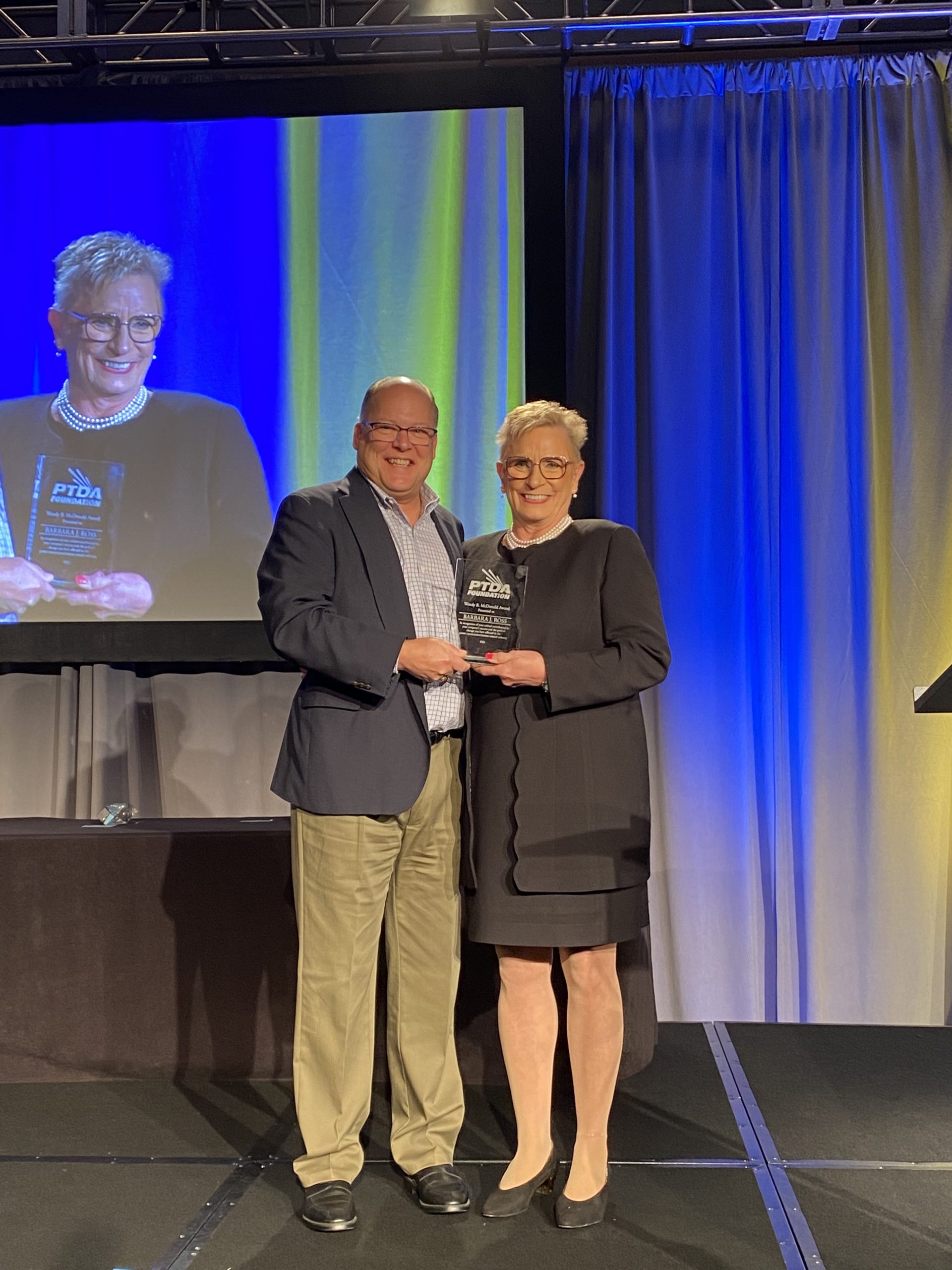 Barbara began her career at Garlock in 1973, working alongside her father. What started as a summer job evolved into a 46-year career in the PT/MC industry.

At Garlock, Barbara honed her skills working for various departments—from finance to marketing to administration—before being named the company’s first female distribution center manager. With this distinction came a move from upstate New York to Atlanta. Additional career advancements within the industry and relocations proved promising for Barbara, who soon discovered her niche in marketing. In 2014, Barbara became the VP of sales and marketing for Garlock’s Rotating Seal Division, a role in which she continues to lead and find fulfillment.

Barbara’s success in the PT/MC workforce is what she considers one of her greatest achievements. She draws inspiration from the words of a friend, colleague, and award namesake Wendy McDonald: “You have to work at something to make it a success.” Barbara continues to channel her passion into helping others in the PT/MC industry carve their own path to success. She says the key is to “be prepared, listen, be responsive, do what you say you’re going to do and admit if you don’t know something.”

Barbara is well-respected and admired by her colleagues and industry peers. Her warm and welcoming demeanor and industry savvy make her a frequently sought-out volunteer for PTDA and PTDA Foundation committees and projects. She currently serves on the PTDA Foundation Board, as chair of the PT WORK Force® Work, Education Resource and Knowledge Committee, and on the Funding Committee. She also serves on the PTDA Industry Insights Committee.

Barbara was presented with Wendy B. McDonald Award during the Annual Business Meeting at the PTDA 2021 Industry Summit in Atlanta on October 22. For further information, visit ptda.org/WendyBMcDonaldAward.