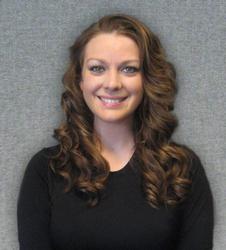 FSIP has promoted Clare Hudson to Sales Manager. Clare joined FSIP in 2010 as a Sales Associate and in 2012 was promoted to a Dealer Account Manager.  In her new role as Sales Manager she will supervise the Sales Associates and continue to oversee and promote the Scrubber Sweeper market for FSIP. FSIP remanufactures controls used on electric and gas-powered vehicles, primarily forklifts, golf carts and aerial lifts. Other platforms include scrubbers/sweepers, NEVs, scooters, mining cars, electric boats and go-karts. FSIP is partnered with many leading OEMs & offers over 6,000 part numbers with superior reliability & turnaround.  They are also the exclusive manufacturer of GE electric vehicle controls and parts and a distributor of new Curtis controls.