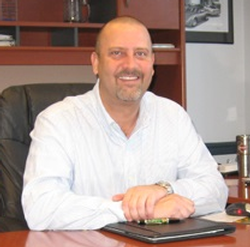 When asked about the success of FSIP and his commitment to the business, Barry says, “I am a man of principle and of my word. I believe that if you tell someone you are going to do something, you follow through with it.”

Under his guidance, FSIP has grown to become home to more than 120 employees with over 8,000 customers, a remanufacturing program that supports more than 8,500 part numbers and close relationships with some of the largest vehicle and control OEMs in the material handling and golf cart industries.