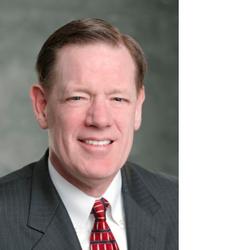 Columbus McKinnon Corporation  announced the appointment of Lawrence Gavin, CPSM, C.P.M. as Executive Director and Chief Procurement Officer.  In his role, Mr. Gavin will be responsible for oversight of the company’s global purchasing program and will work closely with stakeholders around the world to drive Columbus McKinnon procurement and global sourcing performance. Mr. Gavin, a member of the Company’s Executive Committee, recently joined Columbus McKinnon after serving as Procurement Director for Navistar International.  Mr. Gavin has led procurement transformations in Europe, Asia and North America for Navistar, Delphi and General Motors, where he played a key role in the successful implementation of global category teams, numerous product launches and the operation of business unitp rocurement teams. Mr. Gavin, a Six Sigma green belt recipient, has a Bachelor of Science degree in mechanical engineering from Rose-Hulman Institute of Technology and an MBA in finance from Kent State University.