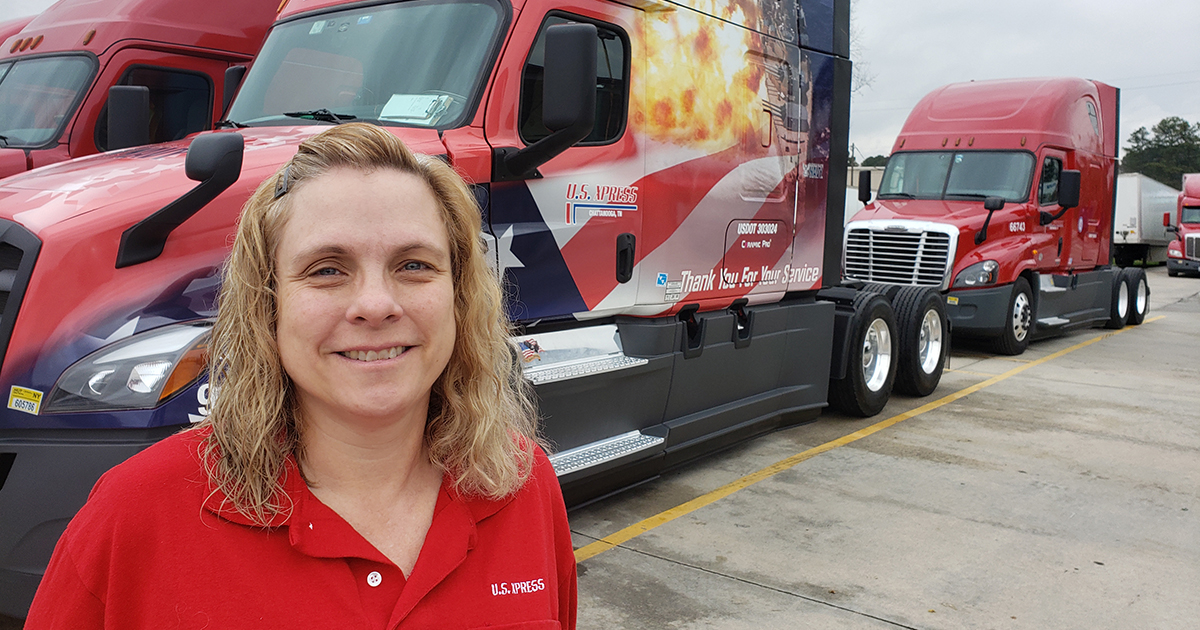 Women In Trucking announces its October 2020 Member of the Month

The Women In Trucking Association (WIT) has announced Tracy Gaudette as its October Member of the Month. She is a professional team driver with US Xpress.

Gaudette’s mother and step-father were team drivers in the late 1980s. She had always thought it would be the perfect career for her. However, as a single parent to a small child, she decided to put that dream on hold. After raising two daughters, she made that dream a reality just five years ago.

Being a professional driver allowed Gaudette to travel, something that was very important to her. As an Air Force Veteran, she proudly drives the Navy truck in US Xpress’ military fleet. “There are only five trucks in the military fleet, so this is a huge honor,” said Gaudette.

When Gaudette began her driving career, she was in a vulnerable situation. “I was beaten down emotionally and mentally and didn’t believe in myself,” she said. “By doing this job day after day for five years, I have built up my self-confidence, self-esteem and have realized how strong and capable I am and I will never let anyone take that from me again. I have gained so much, including the ability to finally love myself.”

Her advice for other women drivers is to always be professional and keep your standards high. “Strive for excellence and never settle for ‘the norm’ or let yourself get lazy. Always treat others as you would like to be treated, even if they aren’t treating you well. You are a professional woman driver so let that shine through always.”