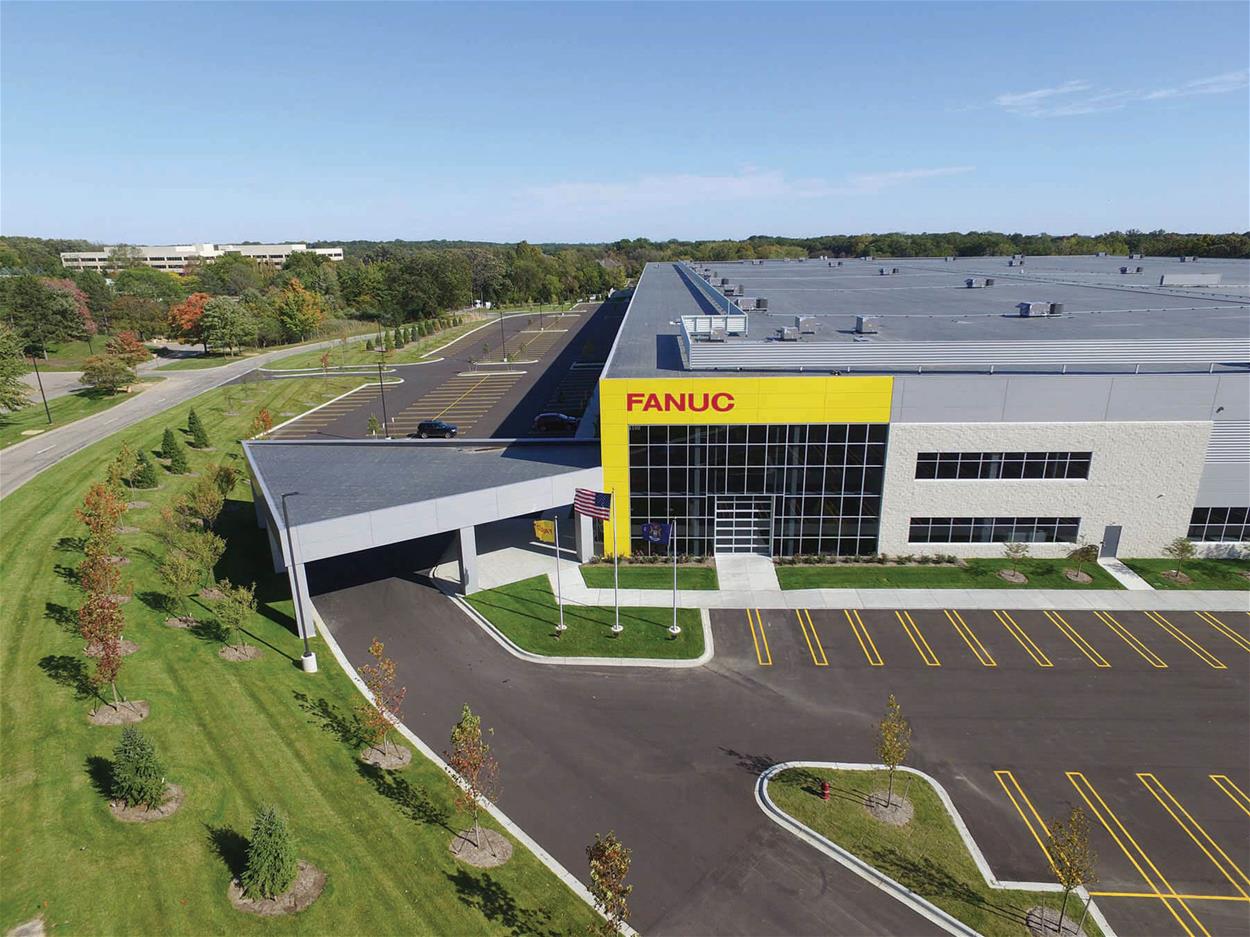 Constructed and in full operation just one year after breaking ground, the new facility houses several departments including engineering, product development, manufacturing and warehousing.  Now, to keep pace with the growing demand for robots and automation, FANUC occupies over one million square feet of building space in Oakland County, Michigan.

FANUC had an automation tour path that included over 20 robot demonstrations, from its smallest M-1iA delta robot, to the mighty M-2000iA, the world’s strongest robot able to lift 2.3 tons. There were a variety of hands-on cobot demonstrations that highlight easy setup and programming.  Additional demonstrations included real-world robotic solutions for assembly, material handling, packaging, palletizing, painting and welding.  Most of the solutions include FANUC intelligence like integrated iRVision that gives the robots a sense of sight.

The key tour stop during the grand opening featured two FANUC CR-15iA collaborative robots packing bags of weekend nutrition for a local Michigan chapter of Blessings in a Backpack, a non-profit organization that provides children living in food-insecure households with bags of food for the weekend.

FANUC’s products are used in a wide range of industries including automotive, aerospace, consumer goods, e-commerce, food and beverage, medical device and pharmaceuticals to name a few.  The company’s line of painting robots, and a variety of automation software products have been designed and built in Michigan since 1982.