The Equipment Leasing & Finance Foundation (the Foundation) released the November 2019 Monthly Confidence Index for the Equipment Finance Industry (MCI-EFI). Designed to collect leadership data, the index reports a qualitative assessment of both the prevailing business conditions and expectations for the future as reported by key executives from the $900 billion equipment finance sector. Overall, confidence in the equipment finance market is 54.9, an increase from the October index of 51.4. 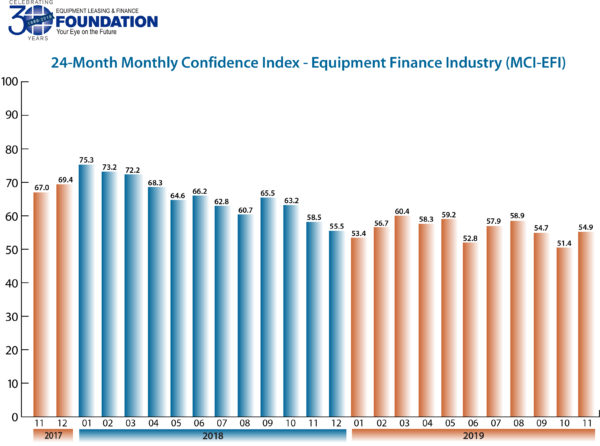 When asked about the outlook for the future, MCI-EFI survey respondent Quentin Cote, CLFP, President, Mintaka Financial, LLC, said, “It appears we have absorbed the headwind of the trade wars. Consumers still seem to be pulling the economy forward.”