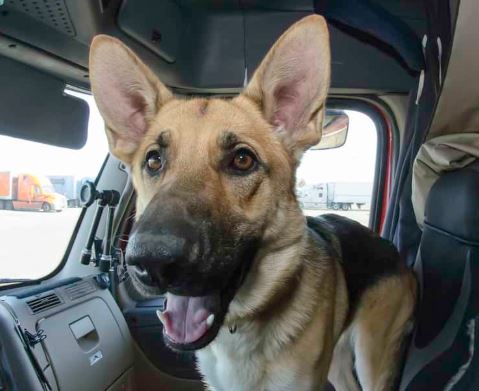 A Minnesota-based trucking company has agreed to pay $22,500 to settle a federal lawsuit stemming from allegations it required a truck driver to pay fees to have his certified service dog ride in the truck with him.

As part of the settlement, Transport America of Eagan, Minnesota, has also agreed to revise its policies to allow drivers with disabilities to have a service animal ride along without being charged.

The U.S. Equal Employment Opportunity Commission (EEOC) filed suit against Transport America on behalf of truck driver Matthew Ellison, 30, on August 20, in the U.S. District Court for the District of Minnesota. The EEOC alleged in the suit that the carrier did not make reasonable accommodations for Ellison and violated the Americans with Disabilities Act (ADA).

In court documents, the EEOC stated that Ellison, who suffers from social anxiety disorder and depression, notified the carrier of his need for his service animal to accompany him at all times.

In its complaint, the EEOC claimed that Ellison’s service dog detects and warns Ellison about impending panic attacks, “allowing him to move to a safe place and practice other therapeutic techniques to alleviate the attacks.”

Transport America does have a dog policy that allows truck drivers to have the animals in their trucks but requires them to pay a $400 fee, as well as an additional $3 weekly charge. The policy also prohibits truck drivers from having their dogs with them during orientation, in service facilities and required them to be kenneled or leashed outside during this time, court documents alleged.

“This is a timely reminder to employers that it isn’t enough that they allow service animals to accompany those employees qualified with disabilities,” said Julianne Bowman, district director for the EEOC’s Chicago district said in a release. “They also must avoid placing any burden on the employee with a disability that is not placed on employees who do not need the accommodation or who do not have animals accompany them.”

According to the Federal Motor Carrier Safety Administration, Transport America has 1,343 power units and 1,535 drivers.

As of press time, the company did not respond to FreightWaves’ call for a comment regarding the settlement and its plans to revise its service animal policy for employees with disabilities. The company has 90 days to review its ADA reasonable accommodation and pet policies as part of the consent decree.

“Employers must realize that they can’t place unjustified restrictions on an employee’s rights under federal law to have a service animal with him, regardless of what the company’s policies say,” said Greg Gochanour, regional attorney for the EEOC’s Chicago district. “We are pleased with Transport America’s cooperation in reaching this agreement and removing the barriers in the way of drivers with disabilities.”