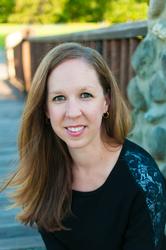 When Shoppa’s Material Handling business began 35 years ago, it was a privately-held Toyota equipment dealership in the Dallas-Fort Worth area. Today, the company headquarters remains in Fort Worth, but the business encompasses nine locations across the state of Texas and in Kansas City, Missouri. It employs 350 workers, has plans for continued growth, and offers a comprehensive line of industrial equipment brands.

Shoppa’s has won the Toyota President’s Award – an award Shoppa said is distributed to dealers demonstrating excellence in parts, service, equipment sales, customer satisfaction and dealership operations – 13 times in the business’ tenure, including last year. “Shoppas has always been committed to exceeding customers’ expectations,” he wrote, in an email. “The company had its humble beginnings as a warehouse rack and forklift service company with a handful of employees. Quickly Shoppa’s became the local authorized Toyota forklift dealer and grew alongside the Toyota brand with a reputation for quality, safety and productivity,” Shoppa said.

When the company received the Toyota Presidents Award in 2013, local news site BrownwoodNews.com reported that Shoppas was one of 15 recipients of the award from among 70 dealers and 225 dealerships across the U.S. and Canada. Even recent years that have brought so much economic turbulence have been a time of stable growth for Shoppa’s Material Handling. Jim Shoppa attributes this to several things, starting with the Texas economy. The state’s economy added 421,900 total nonfarm jobs over the year, according to figures released in late 2014 from the Texas Workforce Commission. “We have witnessed the Texas economy growing stronger and stronger over the last several years, culminating in another record-breaking month,” said Texas Workforce Commission (TWC) Chairman Andres Alcantar, in the late November report.

“The diversity of our growing industries, businesses and skilled workers, has made for a prosperous Texas. I’m proud of all of them for making the Lone Star State great,” Alcantar said. Beyond the regional economy, Shoppa noted the significance to his business of “the Metroplex being a major distribution center.” The Metroplex is a term used by some to refer to the 13-county Dallas-Fort Worth metro area.

Shoppa added that the company’s employees and anchor customers are also major factors in the success of the business. The industry’s future development will hinge on the growth of built-in technology, according to Shoppa. He noted coming advancements in safety, productivity, ergonomics, ease of operation, cost of ownership and environmental solutions.

“As for Shoppa’s Material Handling, we will continue our commitment to customer service and willingness to do whatever it takes to provide customers with the most advanced material handling solutions available,” Shoppa wrote.

Eileen Schmidt is a freelance writer and journalist based in the Greater Milwaukee area. She has written for print and online publications for the past 12 years. Email editorial@mhwmag.com or visit eileenmozinskischmidt.wordpress.com to contact Eileen.